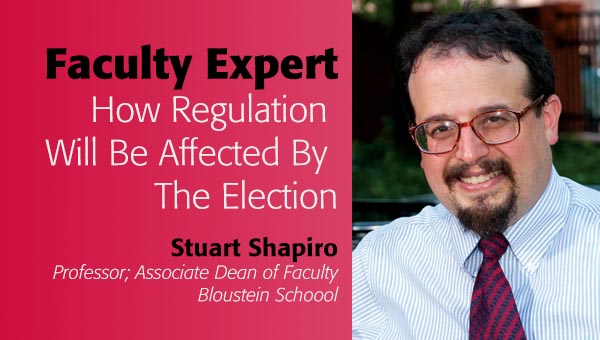 Rutgers scholar Stuart Shapiro, an expert on federal and state regulating powers and former policy analyst at the U.S. Office of Information and Regulatory Affairs, is available to comment on how regulation may be affected by the outcome of the election.

Shapiro is a professor and associate dean of faculty at Rutgers’ Bloustein School of Public Policy. He previously worked at the U.S. Office of Management and Budget under presidents Bill Clinton and George W. Bush.