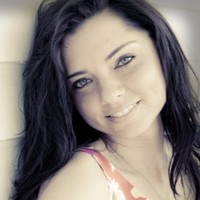 Rajski Parashis previously worked for Community Options from 2010-2012, where she served as the Director of Special Events and Major Gifts. In that role, she was responsible for Cupid’s Chase 5K Run, other special events, as well as, securing funds to reach the organization’s fundraising goals.

A New Jersey native, Rajski Parashis possesses nearly 20 years of fundraising and project management experience, mostly in the political world and nonprofit sector.  Most recently, she has been successful in managing complex, nationwide large scale projects at the Institute of Electronics and Electrical Engineers (IEEE). At IEEE, she served as the Capital Campaign Manager for their IEEE Power & Energy Society (PES) Scholarship Plus Initiative, which raised $2.75 million within approximately two years. She later managed the IEEE Smart Grid and IEEE Smart Cities Initiatives and eventually IEEE PES Technical Activities. In these roles, she cultivated and maximized community and corporate relationships, by utilizing existing talent within the organization, as well as externally with hundreds of volunteers. She has worked on multiple levels with a wide variety of constituencies to implement programs and processes to facilitate change when required.  Prior to her nonprofit experience, Rajski Parashis served as Chief of Staff in the New Jersey State Assembly. In this role, she managed legislative matters with public policymaking efforts on local, state and federal levels.

“I am excited to be returning to work alongside my former colleagues at Community Options in this role to help support our most vulnerable citizens,” said Rajski Parashis. “I look forward to rolling up my sleeves to advance the mission of Community Options and to implement a successful operation.”

Rajski Parashis has earned her Masters Degree in Public Affairs and Politics from the Edward J. Bloustein School of Planning and Public Policy at Rutgers University and a BA from Rutgers University in Political Science and Criminal Justice.  She is married to Samuel Parashis who is a School Psychologist. She is also the proud mother of two – Matthew, 4, and Isabella, 1.