The Bloustein School is pleased to eight alumni have been selected as recipients for the 2015 Bloustein School Alumni Association’s (BSAA) 2015 Alumni Awards. The school recognized the awardees in a reception at the Heldrich Hotel on Thursday, November 12. 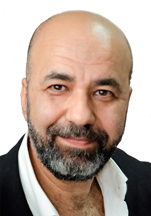 Prior to founding Naga Architects in 2000, Dr. Shams Naga spent several years in academia, teaching at several universities in the United States and the Middle East; he obtained an architecture license after working with notable architecture offices in the Philadelphia area. Thanks to a well-balanced approach between practice and discipline, NAGA ARCHITECTS has won numerous design awards and has become one of the top A/E firms in the Middle East. The firm has its headquarters in Dubai, and offices in Abu Dhabi, Al Ain, Riyadh, Doha, and Tripoli. Beyond the Middle East, NAGA has a growing subsidiary in Boston, MA, and has recently opened a branch in Toronto, Canada. 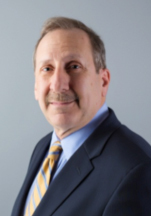 Bob Nardi is a Senior Vice President with Louis Berger, one of the largest consulting firms in the world. Mr. Nardi joined the company in 1980 and over the past 30+ years has directed hundreds of planning and environmental assessment studies of major public works and infrastructure projects throughout the U.S. and the world. He has been instrumental in the growth of Louis Berger from a firm with fewer than 50 U.S. employees to over 1,000 today.

During his career with Louis Berger, Bob has been involved in projects in Africa, Asia and the Middle East having spent considerable time working in Qatar and India. He is also an expert on preparing environmental impact studies and associated documentation in accordance with the federal and state statutes and regulations. This expertise has been gained over a 40-year period during which he has led the planning, siting, and development of over 100 federal and state institutions in over 40 states and Puerto Rico.

Bob also oversees the Louis Berger Graduate Fellowship which since 2010 has financially supported 24 Bloustein students as well as employing them as summer interns on Louis Berger projects in Europe, Latin America, Africa, the Middle East, and Asia.

Three alumni were selected for the Career Achievement Award. Those named to this honor are Bloustein School alumni, 15 or more years beyond completion of their studies, whose personal and professional accomplishments have demonstrated the highest standard of the public service ethic and whose commitment to civic improvement have brought credit to themselves, their communities, and the Bloustein School. This year’s recipients are Donald Free MCRP ’93, Program Director in the Aviation Department of the Port Authority of New York New Jersey; Susan Gruel MCRP ’72, Principal at Heyer Gruel & Associates; and Mark Gregory Robson MPH ’95, Distinguished Service Professor and Chair, Dept. of Plant Biology, Rutgers University. 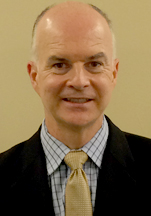 Don Free is a Program Director in the Aviation Department at the Port Authority where he is responsible for redevelopment of the non-passenger components of JFK Airport such as hotels, cargo, and other commercial buildings.  Most recently he lead the development team for the restoration of the historic TWA Flight Center into an airport hotel.  Don is also responsible for the Airport Access Program, which includes all modes of airport ground transportation (parking, taxis, shared ride, HOV buses and Welcome Centers) at four Port Authority airports.  He is the lead for airport exchange program with Tokyo’s Narita Airport Authority.  Previously Don was the Deputy Director of the World Trade Center Redevelopment Department and worked on the restoration effort for about eight years.  The Department was responsible for the commercial portions of the WTC including the five office towers, retail, site planning, operations and security planning, involvement in the WTC commercial design guidelines and negotiating a host of various agreements with other public and private WTC stakeholders.

Prior to the Port Authority Don worked as a planning consultant for the Louis Berger group and Weyerhaeuser Real Estate.  He has an MBA in addition to the MCRP and resides in Edison. 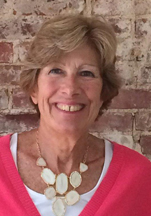 Susan Gruel is a partner in the planning consulting firm of Heyer, Gruel & Associates and has been involved in community planning for over 35 years. The firm has received numerous planning awards both nationally and statewide. Susan’s planning work has included a broad spectrum of planning projects from affordable housing to regional strategic plans. Her passion and principal focus has been redevelopment, authoring numerous studies and plans as well as publishing articles on redevelopment.

She formerly was on the Township Council of Bridgewater and has wide experience and personal knowledge of the mechanics of local government and consensus building. She teaches continuing education courses in land use planning to municipal officials throughout the State. An instructor at the Bloustein School of Planning and Public Policy at Rutgers University for the last 13 years, Susan’s contribution was recognized with the Rose Excellence in Teaching Award, where she teaches Comprehensive Planning with her partner Fred Heyer. 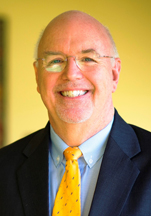 Mark Robson has been at Rutgers for over 42 years as a student, graduate student, faculty member and administrator. He is an internationally recognized expert in agricultural production and pesticide toxicology; he earned his MPH in Environmental Health in the New Jersey Graduate Program in Public Health, a joint program of the Bloustein School and the Robert Wood Johnson Medical School. On October 14, 2015, he was named a Distinguished Service Professor by the Rutgers Board of Governors, recognizing “sustained and exceptional service to the University, to the academic profession, to the state or nation, or to the broader community by a faculty member at the full professorial rank.”

Deeply committed to the service role of the university, he serves on numerous advisory boards and panels, including chairing the NJDEP Science Advisory Board for Public Health. He is also on the Board of Directors of GreenFaith, World Information Transfer and the National Board of Public Health Examiners. Mark is the director of two major international projects, the NIH funded Rutgers Thai Fogarty Center at Chulalongkorn University in Bangkok, Thailand, and the Rutgers portion of the USAID RTI Science, Technology, Research, and Innovation for Development (STRIDE) Program in Manila, The Philippines. He was instrumental in developing the first environmental risk assessment course in SE Asia; initially funded by the Asian Development Bank (ADB), the course is now offered by the Chulalongkorn University Multidisciplinary Graduate Program in Environmental Management, and to date over 600 students have taken this class. Mark and colleague Bill Toscano are editors of the most widely used environmental risk assessment textbook, Risk Assessment for Environmental Health, used in 80 programs in 16 different countries and has become the standard text in most schools of public health. He is a Fellow of the American Association for the Advancement of Science (AAAS), the Academy of Toxicological Sciences, and the Collegium Ramazzini. Mark was awarded an Honorary Doctoral Degree in Public Health from Chulalongkorn University in 2010 for his contributions in teaching and research to Chulalongkorn University and to the People of the Kingdom of Thailand; the degree was conferred by Her Royal Highness Crown Princess Maha Chakri Sirindhorn.

The Bloustein School Young Alum Awards honor those Bloustein alumni, fewer than 15 years beyond completion of their studies, whose personal and professional accomplishments have been of the highest caliber and have brought credit to the school. This year’s recipients are Dan Kennedy MCRP ’07, Assistant Commissioner for Water Resources Management at the N.J. Department of Environmental Protection;  Courtenay D. Mercer MCRP ’02, New Jersey Director of the Regional Plan Association; and Sara Meyers MPP ’09, Chief of Staff, Federal Housing Administration, U.S. Department of Housing and Urban Development. 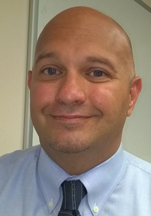 Kennedy has additional state-level public service at the NJ Dept. of State – Office for Planning Advocacy and at the N.J. Department of Agriculture as a staff member of the State Agriculture Development Committee. These state-level positions are complemented with experiences at the local and regional level: managing Burlington County’s nationally recognized Agriculture Retention and Development Program, serving as staff to the Monmouth County Planning Board, serving on his local Planning Board and Environmental Commission.

Prior to receiving his MCRP from the Bloustein School, he earned a BS from the University of Delaware in Environmental Science. His formal education was complemented by attendance at Columbia University’s Biosphere II Field Studies Program, a study – teach experience at the University of Pretoria in South Africa, and a term of service in the AmeriCorps. He is a licensed N.J. Professional Planner and is certified by the AICP. A proud and life-long New Jersey resident, Dan currently resides in Bordentown City with his wife and two daughters.

Courtenay D. Mercer, AICP, PP is the New Jersey Director of the Regional Plan Association, leading the organization’s research, planning, and advocacy activities in the state. Prior to joining RPA, Courtenay owned a private planning consulting firm and was formerly Director of Planning at the NJ Office of Smart Growth (now Office for Planning Advocacy).  She has overseen myriad planning projects, and has been involved with the formation, review, and/or implementations of major NJ policy initiatives, including the State Plan, the Highland Regional Master Plan, and the State TDR program. Specializing in strategic engagement, one of Courtenay’s core assets is her ability to coordinate diverse stakeholders and garner inter-governmental coordination for complex planning projects. Courtenay also currently serves on the American Planning Association (APA) Board of Directors and is Past-President of the NJ Chapter of the APA. Courtenay lives in Jersey City with her husband Barry Moraller and their daughter Tennyson. 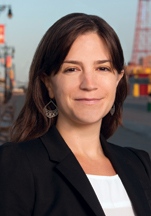 Sara Meyers currently serves as the Chief of Staff for the Federal Housing Administration (FHA)/Office of Housing at the US Department of Housing and Urban Development (HUD). In this role Sara oversees and advises the Commissioner on the management, policy development, and communications work of the organization. Prior to joining FHA, Sara served in several capacities at HUD, focusing primarily on performance and accountability frameworks as a means of driving mission achievement. Most recently, in her role as the Director of the interagency Hurricane Sandy Program Management Office Sara was responsible for monitoring the performance of nearly $50 billion in Sandy recovery funding, as well as the implementation of a series of groundbreaking policy initiatives designed to both increase community resilience and improve government response to future disasters. Prior to her work on Sandy, Sara co-developed and implemented HUD’s performance management framework known as “HUDStat” and was responsible for monitoring the use of more $13.5 billion in economic stimulus funding.

For her work on these and other initiatives Sara was awarded the 2014 Samuel J Heyman Service to America “Call to Service” medal, which recognizes a new generation of outstanding federal employees whose work is advancing the health, safety, and well-being of Americans.

Sara is a native New Yorker and holds a BS from the University of Massachusetts at Amherst and a Master’s in Public Policy from the Edward J. Bloustein School of Public Policy at Rutgers.