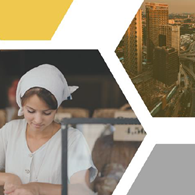 The Earned Income Tax Credit (EITC) is a refundable tax credit designed to be an anti-poverty tool that encourages work and supplements the income of individuals throughout the United States. In conjunction with the federal EITC, many states have enacted their own version of the program to further its reach. Research on the EITC indicates that the program has vast benefits including stimulating the economy and bolstering employment rates, improving financial security of low-income individuals in retirement, and reducing the recidivism rate among incarcerated women. Although the program lifts many people out of poverty, eligibility criteria excludes individuals ages 18 to 24 without children.
This report seeks to explore: