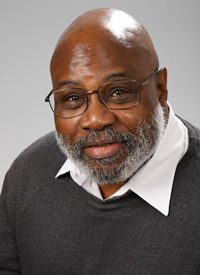 
Henry A. Coleman has been a faculty member at Tufts University and has held adjunct faculty positions at The American University, the University of Maryland at College Park, and at George Mason University. Coleman was a Brookings Economic Policy Fellow and Visiting Scholar at the U.S. Department of Housing and Urban Development. He also served as a senior economist in the Office of the Chief Economist at the U.S. General Accounting Office. His federal government experiences also include serving as the director of Government Finance Research at the U.S. Advisory Commission on Intergovernmental Relations.

Within New Jersey, Coleman served as the executive director of the New Jersey State and Local Expenditure and Revenue Policy Commission, and as the assistant director for operations and research in the New Jersey Office of State Planning. He also served as a senior policy adviser in Governor Florio’s Policy Office. Coleman has served on the board of several non-profit, professional, and civic organizations, including the New Jersey Public Policy Research Institute, New Jersey City University, New Jersey Policy Perspective, New Jersey Future, Citizens for the Public Good, the Regional Planning Partnership, the New Jersey Association of State Colleges and Universities, the Gateway Institute at Kean University, and the Coalition for Affordable Housing and the Environment.

He served as director of the Center for Government Services for twelve years and is Professor Emeritus in the Public Policy program at the Bloustein School. His interests and publications are primarily in the area of state and local public finance.

Henry retired from teaching in June 2019.