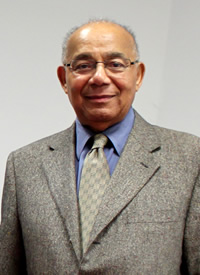 Robert Curvin was an expert on urban politics, economic development and social policy. A former member of The New York Times editorial board and a Rutgers graduate, Dr. Curvin served as a Distinguished Senior Policy Fellow at the Edward J. Bloustein School of Planning and Public Policy, where he taught courses in community economic development. He chaired the board of the Fund for the City of New York, and served on the boards of Humanity in Action, the Economic Mobility Corporation, and the Franklin and Eleanor Roosevelt Institute. He served previously with the Ford Foundation as vice president for communications; as Dean of the Graduate School of Management and Urban Professions, at the New School for Social Research; director of the Rutgers Community Action Training Program; as a caseworker and supervisor with the Essex County Welfare Board; and as president of the Greentree Foundation. An eyewitness to the events of 1967 in Newark, he authored Inside Newark: Decline, Rebellion, and the Search for Transformation, which traces Newark’s history from the 1950s from when the city was a thriving industrial center to the era of Mayor Cory Booker, chronicling its history, politics, and culture.

Dr. Curvin received his BA from Rutgers University-Newark, his MSW from the Rutgers Graduate School of Social Work, and his PhD in politics from Princeton University.