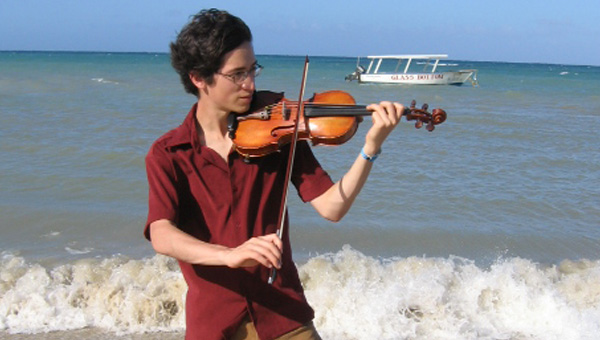 Master of City and Regional Planning, Class of 2023

What led a conservatory-trained violinist and composer with a significant performance career to sign up for a master of city and regional planning degree at the Bloustein School?

While organizing tours with various bands that played a wide variety of music, Jeffrey Young MCRP ’23 saw the importance of transportation networks in the cities he visited.  He wanted to experience the cities that he performed in rather than just passing through them, and he realized that the best way to do this was to travel on foot or use mass transit.

Jeffrey’s touring helped him to create networks that assisted with outreach to news media, venues, and other musicians in cities where he performed.  He enjoyed getting to know cities so much that he studied for and passed the licensing exam to work as a tour guide in New York City.

He was also aware of the issues facing older, economically depressed neighborhoods such as parts of Brooklyn near where he grew up.  Gentrification brought $1 million condos and upscale businesses to the area but didn’t necessarily revitalize the surrounding community or help its residents. He noticed that race played a role in dividing the community between the haves and have-nots.

Then the pandemic came along. Like many performance artists, he was forced to postpone his touring. While online performances could be innovative, they lacked the intimacy of live, in-person performances. The lack of performance opportunities led him to consider other things he could be doing to make an impact.

He began putting the pieces together — transportation needs, accessibility to resources, and gentrification — and decided that a master’s in city and regional planning focused on transportation encompassed all of these threads.

Though his current interest is transportation, he is exploring the possibility of historic preservation or redevelopment concentrations as well. With his music background, he is working to increase the interactions between students at the Bloustein School and neighboring Mason Gross School of the Arts while also seeking to expand social justice. Jeffrey’s overarching goal is to make cities more livable and equitable for everyone.