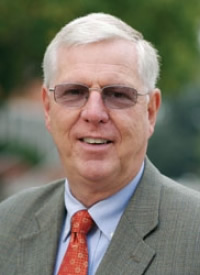 
Richard Keevey is the former Budget Director and Comptroller for the State of New Jersey — having been appointed by two Governors.

In the private sector, he was a Practice Director for Arthur Andersen, the Director for Core Administration programs for Unisys Corporation.

Keevey also was the Director of the Policy Research Institute for the Region at the Woodrow Wilson School, Princeton University.

In his community, Keevey was an elected school board member for nine years and a member of the Board of Directors for his local hospital. He served overseas as an artillery officer in the U.S. Army. He presently serves on the Board of Directors of the Center for Health Care Strategies, Inc., and the Mercer Alliance to End Homelessness.

He is a FELLOW of the National Academy of Public Administration, the MIT Program for Foreign Policy, Leadership NJ, and the Council for Excellence in Government. Keevey is a member of Who’s Who in America, and the recipient of both the DOD medal for Distinguished Service and the DOD Medal for Outstanding Service from the Secretary of Defense.

Rich, and his wife Elizabeth have 3 children and 7 grandchildren.