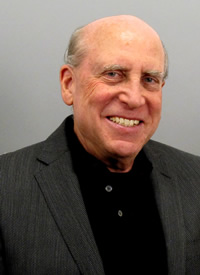 
Robert Lake is Professor of urban planning and policy development and a member of the Graduate Faculties in the Department of Geography and the Bloustein School. He holds a Ph.D. in urban geography from the University of Chicago. Dr. Lake was Graduate Director and Director of the Doctoral Program in Planning and Public Policy (2009-2015); Acting Director (1997-1998) and Associate Director (1998-2000) of the Center for Urban Policy Research; Co-Director of the Rutgers Community Outreach Partnership Center (1998-2005); and Director of the CUPR Press (1989-2011). Dr. Lake has conducted research on a broad array of planning and public policy issues in the fields of housing, community development, and environmental policy. His current research focuses on community-based planning, urban entrepreneurialism, environmental justice, and the role of social theory in the production of knowledge in the social sciences. He is the author or editor of seven books and has published numerous articles in scholarly and professional journals. His research has been funded by the U.S. Department of Housing and Urban Development, U.S. Economic Development Administration, United States Information Agency, National Science Foundation, U.S. Congress Joint Economic Committee, National Institutes of Mental Health, state and local governments, and private foundations.