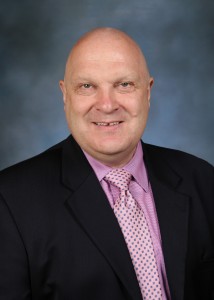 Paul J. Larrousse assumed the directorship of the National Transit Institute, the federally designated training and education program for the U.S. Public Transit Industry, in July 2000.  He was designated as a faculty fellow at the Bloustein School in 2003 and taught the graduate level “Transit Management and Planning” course each fall and co-taught a Transit Planning Studio in the spring.

He held a bachelor of arts degree in geography and urban studies from Saint Anselm College in Manchester, NH and a master’s of science in transportation planning and engineering from New York University Tandon School of Engineering.

Mr. Larrousse served as chair Middlesex County (NJ) Transportation Coordinating Committee and also on the East Brunswick Township (NJ) Traffic Advisory Board.  He previously served as chair of the American Public Transit Association’s Research and Technology Committee, and the Transit Cooperative Research Program Oversight and Project Selection Committee.   He continued to be involved in various APTA and TCRP committees.

Paul was an avid traveler, a devoted Philadelphia Flyers fan, traveled the world for Above & Beyond: Common Ground concerts.  He was not only an expert on the transit industry in the U.S. but also abroad; he took pride in visiting transit stations throughout the world and sharing his “obligatory transit pictures.”