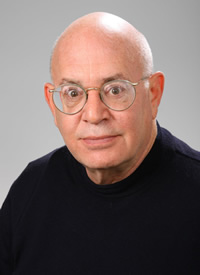 Stuart Meck was an associate research professor and previous director of the Center for Planning Practice in the Bloustein School. He passed away in April 2018.

Stuart joined the Bloustein School in 2005 as a faculty fellow and director of the Center for Government Services, serving as director of CGS through June 2009. At the Bloustein School, he taught planning law, planning and land use administration, history and theory of planning, ethics in planning and public policy, and transportation impact analysis for development proposals. A superior teacher, one of his former students noted that Stuart was “like an encyclopedia of planning and could answer whatever question she asked.”

Indeed, Stuart had a wealth of knowledge about the history of urban planning, having been quoted in a 2012 CityLab article, “A Brief History of the Birth of Urban Planning.” In the article, he noted that cities used urban planning not to build better, or cleaner, or morally uplifting cities. They used planners to divide the city, creating beautiful spaces at the expense of the poor. He was quoted as saying, “City planning, along with zoning, was a vehicle to control where African-Americans, the poor, and immigrants lived, and to keep them out of the areas where middle and upper-class people resided.  It is no coincidence that the initial efforts to adopt land use controls in the U.S. were aimed at enacting racial zoning—zoning that segregated cities by race.  The first city to adopt racial zoning was Baltimore in 1910, and racial zoning spread to other eastern and southern cities (e.g., Atlanta, Louisville), even though the U.S. Supreme Court declared it unconstitutional in 1917, in a case titled Buchanan v. Warley.”

A specialist in planning statute reform and land use controls, he was a former national president of the American Planning Association, had over four decades of experience as a professional planner, researcher, and municipal administrator, and wrote widely on planning and land use controls. His two major works are the Growing Smart Legislative Guidebook: Model Statutes for Planning and the Management of Change, 2002 edition (American Planning Association, 2002), for which he served as principal investigator and general editor; and, with Kenneth Pearlman, Ohio Planning and Zoning Law, 2017 (22nd edition), Thomson-Reuters. The 2018 (23rd) edition will be published in May or June of this year. The book has been cited and quoted in the Ohio courts and the federal Sixth Circuit.

Stuart was also a coauthor, with Professor Daniel Mandelker of the Washington University School of Law and several other attorneys and law professors, of Planning and Control of Land Development: Cases and Materials, 9th Edition (Lexis/Nexis, 2015).

In 2016, the American Planning Association-New Jersey chapter recognized Stuart as the recipient of the Budd Chavooshian Award for Outstanding Professional Planner, which is given to a professional planner for sustained contributions to the profession through distinguished practice, teaching or writing. He was the Bloustein School’s long-time faculty liaison to the American Planning Association-New Jersey chapter. He also managed the school’s speaker series, which brought many well-known speakers to the university.

During his long career he consulted for the U.S. Department of Housing and Urban Development, the Czech Republic, the Fannie Mae Foundation, Hillsborough County, Florida, and the Lincoln Institute of Land Policy, in Cambridge, Massachusetts, among others. In 2009, Stuart headed up a team from Rutgers and Duncan Associates in Chicago that drafted the new zoning and subdivision code and zoning map for the Government of the U.S. Virgin Islands.  He also provided technical assistance to a number of New Jersey municipalities.

Stuart was inducted as a Fellow of the American Institute of Certified Planners (FAICP) in 2000, one of the highest honors that the American Institute of Certified Planners bestows upon a member, and was a licensed Professional Planner (PP) in New Jersey.  He received a B.A. and an M.A. in Journalism and a Master of City Planning from the Ohio State University, and an M.B.A. from Wright State University.

During his career he served as an adjunct associate professor in the Goucher College Master of Historic Preservation program, and held adjunct teaching positions at the University of Cincinnati, Miami University, The Ohio State University, University of Dayton, and Wright State University. In addition to serving as national president of the American Planning Association, he served as Commissioner of the American Institute of Certified Planners, the APA’s professional institute and provider of the only nationwide, independent verification of planners’ qualifications. He received the Ohio Governor’s Award for Excellence, CB Program (1987) and Distinguished Alumnus Award, The Ohio State University (1989).

Stuart was a resident of the city of Trenton, where he was a member of its Master Plan Steering Committee.