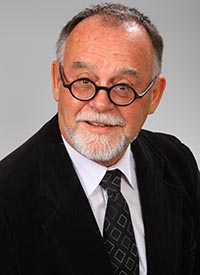 B. A., Architecture, Minnesota; M.S., Harvard (Architecture and Urban Design)


Anton (Tony) C. Nelessen retired July 2022. He taught Urban Design and professional practice first at Harvard and then at Rutgers. He emerged as one of the nation’s most respected urban visionaries.  He has more than 40 years of professional experience as a professor, author and practitioner in the fields visioning, planning and urban design.  He is one of the signers of the Charter for the Congress for the New Urbanism. He has won multiple professional awards and has emerged as a national pioneer in community planning and urban design through public participation using his trademarked Visual Preference Survey and Vision Translation Workshop.  He has been a consultant to a diverse group of clients nationally and internationally.  He has consulted for developers, architecture and landscape architecture firms, environmental groups, national and local transit agencies, municipalities and counties.  He as consulted for state and national governments including significant body of research and visioning and urban design in Holland.

He has been hired by the US State Department for work in Iceland and Cyprus and has testified before Congress.  For one year he was the prime visionary and consultant to the US Department of Transportation national town meetings for Transit.

He was awarded recognition by the American Institute of Architecture in Florida, three Achievement in Planning Awards by the New Jersey Federation of Planning Officials, one Smart Growth Award from New Jersey Future, Distinguished Leadership in Planning Award by the NJ Chapter of the American Planning Association, the President’s Award for Distinguished Leadership in Planning for the New Jersey Chapter of the American Planning Association, three NJAPA Chapter awards for Outstanding Achievement as well as Educator of the Year by the NJ Chapter of the Urban Land Institute. The Robbinsville Town Center, of which he was the original town planner, and for which he wrote the first form based code in New Jersey, won the Congress for the New urbanism coveted Charter Award. Eight other cities for which he as the prime consultant won distinguished planning awards.

He has been the visionary, planning and urban design consultant on numerous Smart Growth projects, transit oriented and urban revitalization plans nationally and in New Jersey. In New Jersey he as  consulted for the cities of Newark, Orange, Princeton, Collingswood, River Edge, Morristown, Jersey City, Hoboken, Elizabeth, Metuchen, Middlesex, Lawrence, as well as the counties of Middlesex, Burlington and Bergen. He pioneered the first transfer of development rights plan in Chester Township.

His trademarked Visual Preference Survey along with the Vision Translation Workshops have been administered to hundreds of thousands of people and has been used to generate Redevelopment Plan and Codes, Comprehensive Plans, Master Plans, Transit Oriented Plans and specific Urban Design Plans. The Visual Preference Survey [VPS] is now considered as a major tool to facilitate public participation in designing alternative futures at public meetings, at workshops/charettes and on the internet.

Professor Nelessen has been in innovator in the use of multi-media, image simulation and the “hands on models” techniques for facilitating planning and urban design concepts and visions for the future.  He is currently actively involved in shooting, editing, story boarding and sound tracing video productions for Planning and Urban Design using his extensive archives of Urban Design Images and video footage from world wide locations.  His multi media productions are legendary.

Professor Nelessen lectures nationally and internationally on visioning, planning, community design and Transect-based Zoning. He has also taught numerous national workshops with Andres Dwaney on neo-traditional planning and design and the Smart Code. He taught at the University of California, Davis and Imageworks; lectured at the GSD Planning Department at Harvard, University of Pennsylvania, Columbia and the University of Kansas.

Enhancing the Opportunity for a Healthy, Prosperous Future for New Jersey (PDF)

A Unified Theory of Urban Design: In Search of a Sustainable Future The TRANSIT TRANSECTS (PDF)