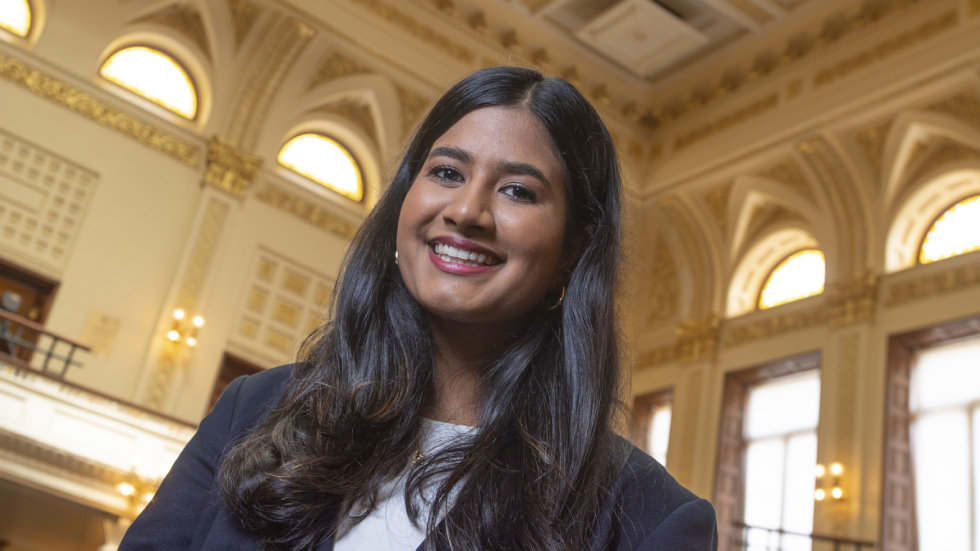 Nina Gohel was part of the inaugural Rutgers Summer Service Internship (RSSI) Initiative launched this year by Rutgers President Jonathan Holloway. This special internship provides select students from Camden, Newark, and New Brunswick with an opportunity to earn up to $5,000 while interning for a minimum of 200-hours over 10 weeks during the summer at a public service non-profit organization or direct-service government office. Nina is a Political Science and Bloustein School Planning and Public Policy major. She’s also a 2022-2023 Ralph W. Voorhees Public Service Fellow.

Gohel threw herself into politics early on, participating in student government at her Mount Laurel middle school, serving as vice president of her high school and the New Jersey Association of Student Councils and becoming the first Asian-American and Pacific Islander woman to be elected student body vice president at Rutgers. Last summer, while interning with the Environmental Protection Agency’s Office of General Council, she helped reintroduce diversity, equity and inclusion staff trainings that were eliminated under the Trump administration.

Nina interned in the Office of Assembly Majority Leader Louis Greenwald and Assemblywoman Pamela Lampitt. She brainstormed ideas for new legislation that could address the unmet needs of New Jersey residents. As someone with potentially deadly food allergies, she poured herself into research that led to a bill modeled after an Edison ordinance that will better protect diners and reduce restaurant liability.

“I know what it means to use an EpiPen. It’s a struggle to go out to restaurants and constantly worry about a life-threatening reaction,” said Gohel, whose allergies to tree nuts, shellfish and coconut once landed her in the ER after a restaurant mistakenly made her smoothie with almond milk. “The aim of this bill is to make sure restaurants provide a menu that will at least list the top eight allergens in their dishes to make New Jersey’s food environment safer for those with deadly food allergies.”

Being instrumental in the creation of legislation that is likely to be introduced to the New Jersey State Assembly this fall was inspiring for Gohel, who said she would like to participate in policy work at the local, state or national level after graduating in May.

“Our government needs to reflect all communities and people to properly represent the needs of our nation,” she said. “Now more than ever, public service is so essential to inspire the next generation to go forth and provide a brighter future, and I hope to be a part of that change.” 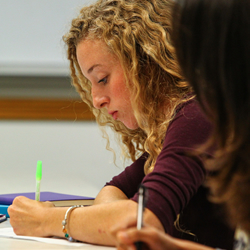