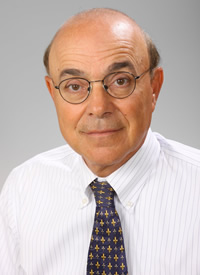 Joseph J. Seneca was University Professor Emeritus at the Edward J. Bloustein School of Planning and Public Policy; he passed away after a long illness in November 2020.

He taught at all levels of instruction throughout his career at Rutgers and has received numerous awards for exemplary teaching and public service. He was selected as 2002 Educator of the Year by the Research and Development Council of New Jersey. Between 1991 and 2003 he served as University Vice President for Academic Affairs. In this capacity he was the university’s chief academic officer. He directly supervised the deans of the eleven degree-granting schools on the New Brunswick Campus, the University Libraries, and several research centers. He was, for many years, the Chairman of the New Jersey Council of Economic Advisers.