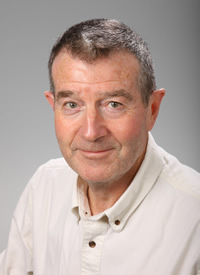 
T. Patrick Hill, Ph.D. is an Assistant Professor at the Edward J. Bloustein School of Planning and Public Policy, Rutgers University, where he teaches courses in Public Health Law and Ethics, Ethics for Planning and Public Policy, and Writing, Reasoning and Public Policy. Dr. Hill is also clinical ethics consultant to the Neonatology Division at Robert Wood Johnson University Medical Center. He is a member of the Newborn Screening Review Committee for the New Jersey Department of Health and Senior Services. He has served as ethics consultant to The Cancer Institute of New Jersey, The Translational Research Working Group, The National Cancer Institute, Washington,D.C., The IRB Executive Committee, The University of Medicine and Dentistry, New Jersey, and the Religious Coalition for Reproductive Choice, Washington, D.C.  Dr. Hill is a graduate of the Pontifical Lateran University, Rome, Italy, Cambridge University, Cambridge, England, the University of California, Los Angeles, and the University of Chicago, where he earned his doctorate. Among his more recent publications are: Phase 0 Trials: Are they ethically challenged? Rare Tumors: An Appeal for Justice; Clinical Research Face to Face with Its Own Ethical Implications; Theologians on Science and Reductionism; The Moral World of Lisbeth Salander; Phase 0 Trials: Towards A More Complete Ethics Critique; Risk Assessment in Clinical Trials: It don’t mean an ethical thing if it ain’t got that probability ring.