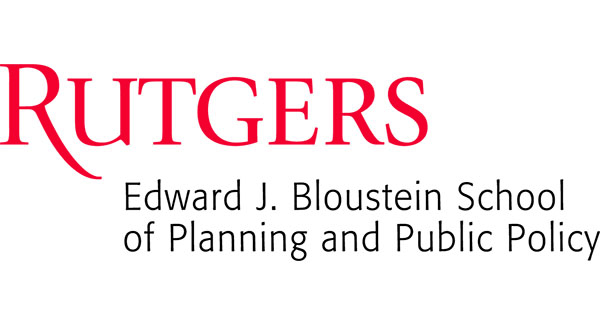 “Technology is the answer. What was the question?” Anthony Durante, Bloustein graduate and senior planner at the design and engineering firm Arup, brought up this quote from architect Cedric Price to illustrate his work. Technology is front and center for Arup, an independent firm that strives to address challenges of the built environment and “shape another world.” Anthony joined two other Bloustein graduates and current Arup employees, Urban Planner Richard Bartholomew and Senior Planner Vincent Riscica, at a panel discussion on September 20th to introduce Arup’s work to current Bloustein students and discuss the planning questions that technology—with the right application—can answer.

Anthony, Richard, and Vincent describe their work with enthusiasm and pride in its uniqueness. Arup is a private firm owned by its employees, with 30,000 staff in 90 offices around the world. Their work bridges engineering, architecture, planning, data, and digital design. “Today digital planning technologies are changing the way we think about cities,” says Anthony, citing VR (Virtual Reality) as an example of a new way to envision planning solutions.

Vincent provided one example: the NYC Department of Transportation project to create spaces for pedestrians in highly trafficked areas of the city, such as the areas we now see in Times Square. In 2016, Arup collected data on and analyzed every aspect of pedestrian and traffic flow in Times Square, including walking speeds and number of cars going down the street. Their Digital Insight team used spreadsheets to streamline this massive amount of data so that Arup planners could analyze it and advise their clients how best to reshape the space.

But Arup’s digital toolbox has more than just spreadsheets. Anthony demonstrated simulation tools that can test design ideas in a specific location. “We want to look at the interactions between the space itself, the people using that space, and the operations of that space.” After simulating an idea to simplify of the design of Grand Central Terminal, testers found that the design was less intuitive than expected. Anthony demonstrated this for us so that we could see for ourselves the difficulty of maneuvering through the simulated terminal.

When asked what software graduate students should focus on, the three planners were generous with suggestions. They advised learning as many skills as possible, but added that Arup employees sometimes learn on the job or on the side. Richard recommended Python as a foundational tool for other digital work. Much of his work, he said, has to do with web apps—getting the public involved and making tech tools more accessible.

The panelists emphasized the importance of having passion, but directing that passion in a way that leads towards a broader vision. “As another takeaway, hopefully you can see that there are various avenues for planners,” said Anthony as they concluded their presentation. “We all started out here [at Bloustein], and we’ve branched off in all these different ways.”