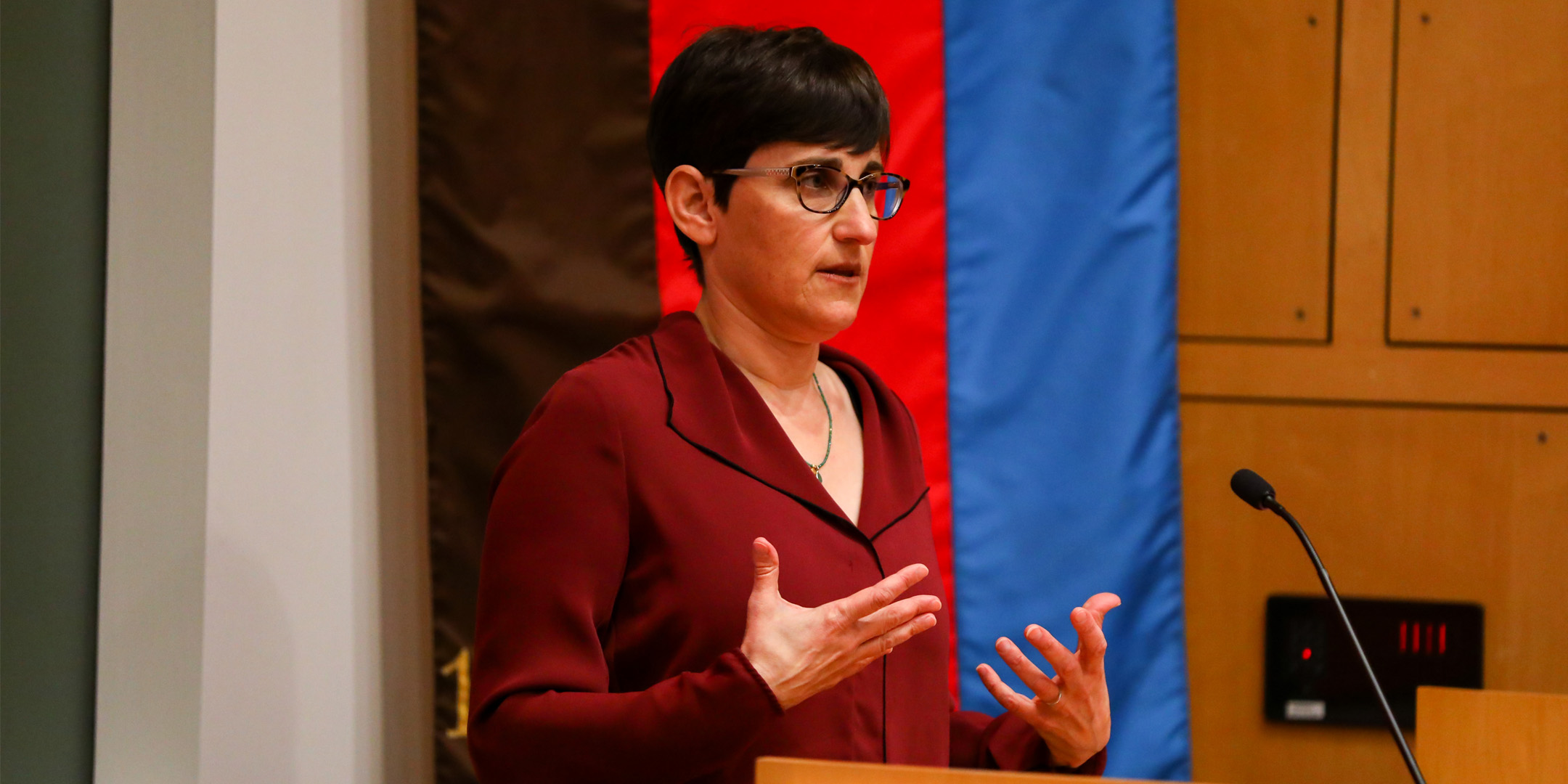 Climate change is not far from the consciousness of most aspiring urban planners, partly because it defies traditional planning in many ways. “The idea of planning a 30-year time horizon is something that investors are starting to question, that planners are starting to think seriously about,” said Robin Leichenko, professor and department chair, Rutgers Department of Geography. Dr. Liechenko spoke at the Bloustein School at the end of the fall semester for the second annual Stuart Meck Memorial Lecture, “Building Equity Into Sustainable Urban Futures.”

Often, Dr. Leichenko pointed out, low-income communities of color who have already dealt with environmental justice concerns are poised to bear the brunt of climate change as well. “When you think about climate change and you ask the average person on the street [about it], they’re not going to say ‘we need inclusive planning, they’re going to tell you that climate change is really unfair in terms of who is causing it–the big emitters,” said Dr. Leichenko.

Climate justice is “rooted in environmental justice, but also taking new forms.” Dr. Leichenko referred to her research work with community groups in New York City to illustrate this. She asked: “How do you take equity into account in ways that are acceptable to the communities you’re working with?” In their research, the team investigated research questions concerning community involvement in the city’s climate adaptation planning and how the city might incorporate equity into its adaptation planning.

Grassroots environmental justice groups from low-income communities of color in NYC participated in the co-production of the research: Uprose, of Sunset Park in Brooklyn; The Point, of the South Bronx; and WE ACT for Environmental Justice of Harlem. These groups gave voice to some of the specific concerns of their communities: for example, Uprose hopes to preserve Sunset Park’s manufacturing zones as a resource for future climate jobs. “[Green gentrification] is very present in the minds of folks living in these neighborhoods. Climate change to them doesn’t just look like a clean future but preserving the jobs in their neighborhoods,” said Dr. Leichenko.

The research defined three dimensions of equity: procedural, contextual, and distributional. In terms of contextual equity, community groups were concerned about making sure that climate change efforts don’t undermine existing efforts to fight environmental injustice in their neighborhoods. Double exposure to gentrification pressures and climate change was also a concern. Communities also wanted procedural equity through involvement in every stage of adaptation planning, beyond informational meetings. For distributional equity, tracking social vulnerability effectively was particularly important.

Dr. Leichenko’s research team also performed a cross-city climate adaptation analysis. One insight from this analysis was that “addressing climate change is one of the best opportunities we have right now to make cities more livable, more sustainable.” Dr. Leichenko further explores these opportunities in her recent book with Karen O’Brien, Climate and Society: Transforming the Future.