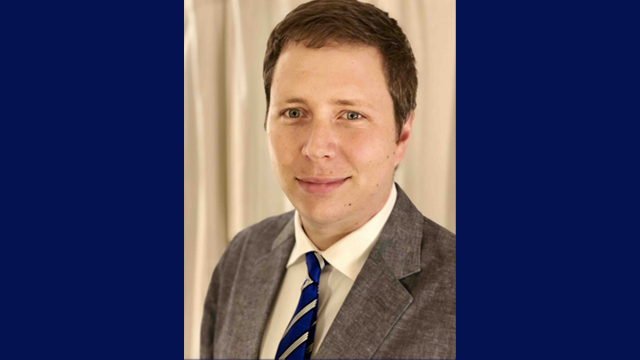 Assistant Professor Will Payne saw an opportunity to combine GIS with strong policy research when he came to the Bloustein School, especially with the school’s strong record of both qualitative and quantitative research on urban change and its location in the heart of the northeast megalopolis.

Looking to integrate the critical study of changing locational technologies in urban space with quantitative analysis of the novel datasets these technologies produce and monetize, Dr. Payne sought to create longitudinal data sets about urban amenities for affluent professionals as a window into the changing contours of urban life in post-industrial cities in the United States. He wanted to combine data and digital mapping to examine the downstream effects of upscale consumption space on urban life and housing markets.

After working as a documentary filmmaker and technologist in San Francisco, Dr. Payne leaned on his undergraduate training in history and began to look at crowd-sourced data from the Zagat Survey of restaurants starting in the 1980s as a turning point for what he calls “urban information systems.” These mini-reference books were user-compiled guides for dining in big cities. Price, location, hours, and type of cuisine and ratings were provided not by professionals, but amateur gourmets who liked food and had the time and resources to dine out. Data supplied by nonprofessionals could be turned into technical data used by real estate developers, planners and others.

While the Zagat Survey compiled and synthesized
user-contributed ratings and other data on computers, they published these data
annually as low-tech “mobile devices”: small books designed to fit in a man’s
jacket pocket that could be referenced when visiting cities or used by residents
to reference while meandering around their city or for someone who was
interested in a specific restaurant experience through a sophisticated indexing
system for neighborhoods, cuisines, and special features (from “Fireplaces” to
“Vegetarian/Vegan”). Dr. Payne’s dissertation for the Geography department at
UC Berkeley looked in depth at both Zagat reviews and their crowdsourced
descendents in the first and second Web booms, most recently digital
location-based services like Yelp, Foursquare, and Google Maps.

Much of Dr. Payne’s research on local reviews aims to answer
a simple question: is urban commercial redevelopment for the existing community
or for someone else? While crowd-sourced reviews make it easy to find high-end
consumer experiences off the beaten path, it creates a city within a city,
where locals and tourists do not engage with each other. One group goes about
its business while the other seeks out an “experience” that is out of reach for
the people who actually live in the neighborhood.

Using Zagat data, he was able to show that restaurants
listed in lower-income neighborhoods in Brooklyn and Queens, for example, were
initially unaffordable to median households in their immediate surroundings.
Over time, however, as residents turned over via displacement or voluntary
moves, areas like Williamsburg and Park Slope had enough wealthy residents that
the Zagat-rated restaurants were no longer out of reach. In a series of maps
based on this data, Payne aims to show the culinary aspect of what late Rutgers
geographer Neil Smith called the “new urban frontier” of gentrification moving through
historically disinvested Black and brown neighborhoods.

In addition, Dr. Payne points out that while the owners and in-house workforce at location-based services companies skew white and male as in most American technology companies; the actual labor of submitting reviews skews young and female, with an over-index of Asian-American reviewers in cities like New York and San Francisco in particular. The core labor is performed by women as unwaged, feminized digital labor. The companies’ targeted marketing and recruitment strategies are female-focused; unwaged work and care labor are traditionally coded female, online as well as off.

Dr. Payne’s teaching assignments so far include core courses in Geographic Information Science and independent study in computational research methods, and he has enjoyed working with Bloustein students already to help guide them through the process of finding, assembling, cleaning, and analyzing spatial data sets. He has more crowd-sourcing investigations for the future. He is considering what the effects of political speech on local review platforms can be, as people increasingly treat these sites as open forums for posting any thoughts they have about local businesses, beyond the narrow consumer experience review frame that site operators like Yelp stress in their terms of service. Do proprietors of rated businesses suffer if they make their political views known, like a St. Louis pizzeria did after the proprietor expressed support for Black Lives Matter protests? What about if a business refused to serve someone based on their sexuality or gender identity? How can technology platforms draw the line between protected and off-limits speech? He is also in the early stages of a research project on the application of augmented reality (AR) and mixed reality (MR) technologies to everyday urban life.