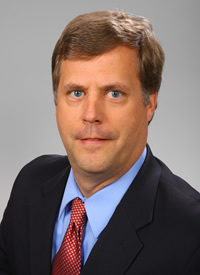 
Frank Felder is an expert in energy policy and electricity markets. His research and teaching interests include the reliability and economics of electricity markets, state energy policy, energy efficiency and renewable energy evaluation, and integrated energy modeling. He has been awarded numerous research grants by the National Science Foundation, the U.S. Department of Energy, the U.S. Department of the Interior, the New Jersey Board of Public Utilities, and the New Jersey Department of Environmental Protection.

Professor Felder teaches undergraduate and graduate level courses in Energy Engineering, Economics and Policy; Energy Policy and Planning; and the Science, Technology and Policy of Climate Change. He has also taught short courses on electricity markets in Africa, Asia, Canada, Europe and the United States.

He holds doctoral and master degrees from MIT in Technology, Management and Policy and completed his undergraduate studies at Columbia College and the School of Engineering and Applied Sciences. Before joining the Bloustein School faculty, Professor Felder was an assistant professor of Management at the Manhattan College School of Business, an economic consultant, and a nuclear engineer in the U.S. Navy.