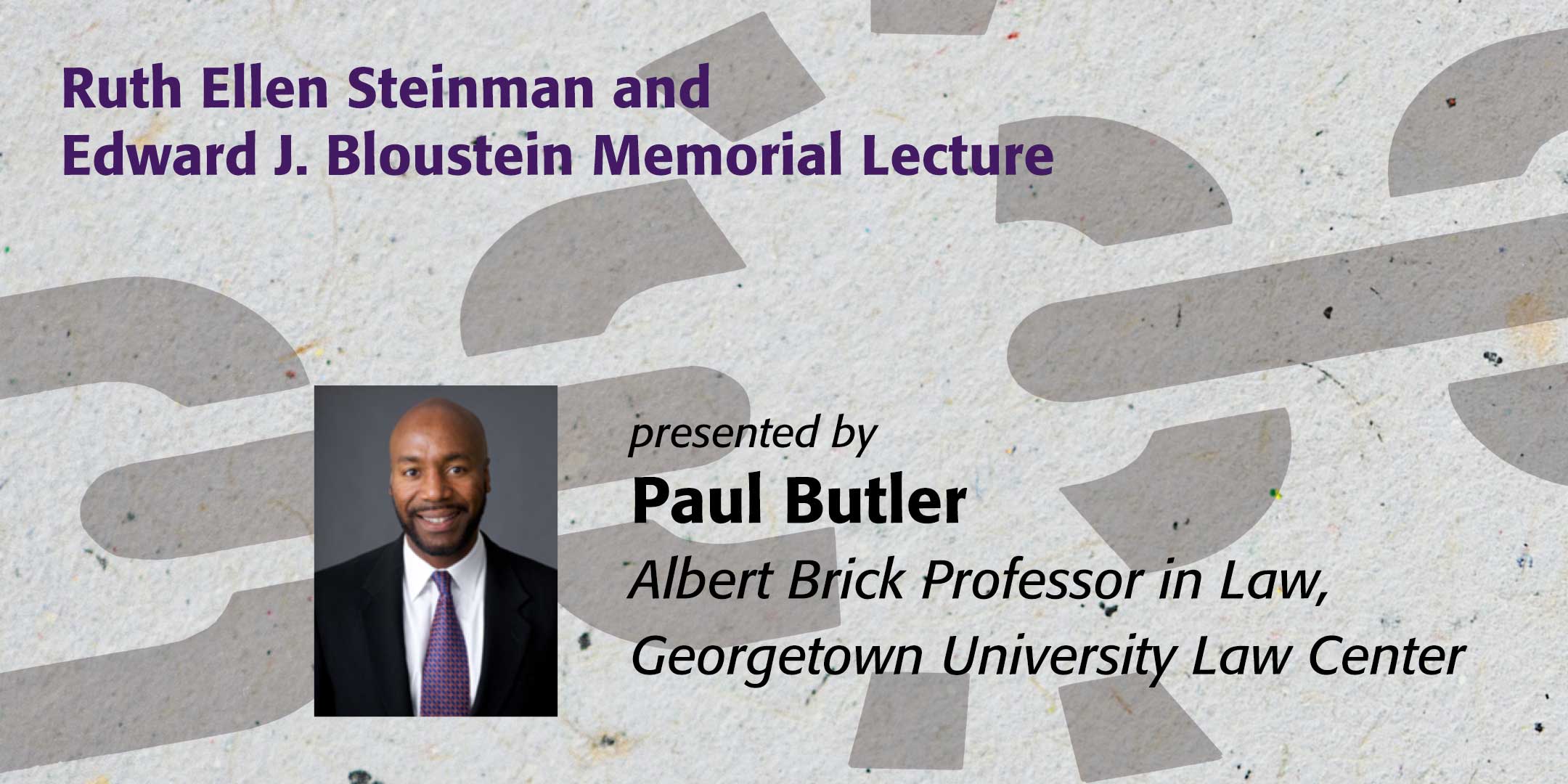 Paul Butler is the Albert Brick Professor in Law at Georgetown University Law Center and a legal analyst on MSNBC, will discuss prison reform and what could replace incarceration in the spring 2020 Ruth Ellen Steinman and Edward J. Bloustein Memorial lecture, “Prison Abolition, and a Mule” at the Bloustein School on Wednesday, March 4, 2020 beginning at 5:00 p.m. It will be held at the Gov. James J. Florio Special Events Forum, Civic Square Building, 33 Livingston Avenue, New Brunswick, NJ.

This event is free and open to the public, but RSVP is requested by visiting https://ejb-prison-abolition.eventbrite.com

Incarceration is a relatively recent development in the history of punishment, with the first modern prison constructed in Philadelphia in the early 1800s. The American penitentiary was intended as a reform, making the institution of punishment more humane and rehabilitative. Because the United States now locks up more people than almost any country in the history of the world, this nation is perhaps the best laboratory to assess the success of the experiment. By virtually any measure, prisons have not worked. They are sites of cruelty, dehumanization, and violence, as well as subordination by race, class, and gender. Prisons traumatize virtually all who come into contact with them. The abolition of prison could be the ultimate reform. The lecture will suggest what would replace prisons, how people who cause harm could be dealt with in the absence of incarceration, and why abolition would make everyone safer and our society more just.

Professor Butler is one of the nation’s most frequently consulted scholars on issues of race and criminal justice. His work has been profiled on 60 Minutes, Nightline, and The ABC, CBS and NBC Evening News. He lectures regularly for the American Bar Association and the NAACP, and at colleges, law schools, and community organizations throughout the United States. He serves on the District of Columbia Code Revision Commission as an appointee of the D.C. City Council.

During the 2017-18 academic year, he was the Bennett Boskey Visiting Professor at Harvard Law School. He holds an honorary Doctor of Law Degree from City University of New York.

Professor Butler’s scholarship has been published in many leading scholarly journals, including the Georgetown Law Journal, Yale Law Journal, Harvard Law Review, Stanford Law Review and the UCLA Law Review. He was named the Professor of the Year award three times by the GW graduating class. He was elected to the American Law Institute in 2003. Professor Butler’s book “Let’s Get Free: A Hip-Hop Theory of Justice” received the Harry Chapin Media award.

His book “Chokehold: Policing Black Men” was published in July 2017. The Washington Post named it one of the 50 best non-fiction books of 2017. Chokehold was also named one of the best books of the year by Kirkus Reviews and the Atlanta Journal Constitution. The New York Times described Chokehold as the best book on criminal justice reform since The New Jim Crow. It was a finalist for the 2018 NAACP Image Award for best non-fiction.

Professor Butler served as a federal prosecutor with the U.S. Department of Justice, where his specialty was public corruption. His prosecutions included a United States Senator, three FBI agents, and several other law enforcement officials.

Professor Butler is a graduate of Yale University and Harvard Law School.