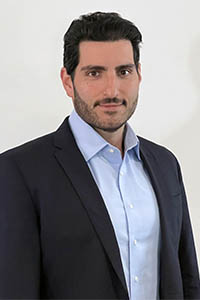 
Mark Paul, Ph.D. joined the Bloustein School as an assistant professor in September 2022. He is also a member of the Rutgers Climate Institute. He holds a Ph.D. in Economics from the University of Massachusetts Amherst. His research interests include understanding the causes and consequences of inequality and assessing and designing remedies to address inequality. He also writes extensively on the climate crisis, focusing on economic pathways toward deep decarbonization that center economic and environmental justice. He works extensively with policymakers across scales of government and has worked with numerous Congressional offices to draft and inform legislation based on his scholarly work.

His writing and research have appeared in The New York Times, The Economist, Washington Post, The Guardian, The Financial Times, The Atlantic, Jacobin, Dissent, MIT Technology Review, CNN, The American Prospect, and more. He recently finished his first book, The Ends of Freedom: Reclaiming America’s Lost Promise of Economic Rights, to be published by University of Chicago Press in May, 2023. Previously he was a postdoctoral fellow at the Cook Center for Social Equity at Duke University and an assistant professor of economics and environmental studies at New College of Florida.