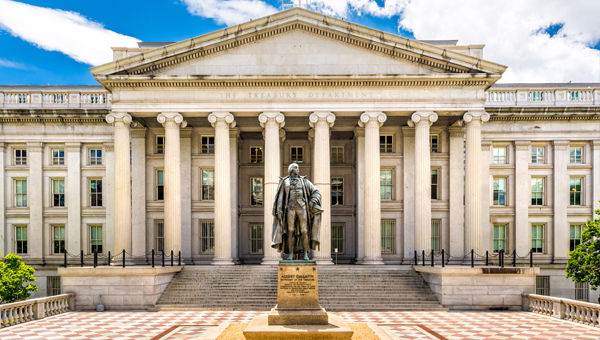 A new report by the Rutgers Economic Advisory Service (R/ECON) compares the amount of federal tax dollars paid by each state with the amount of federal allocations received.  The report contrasts its findings with the January 2021 Rockefeller Institute of Government report on the same topic by including actual 2019 federal tax revenue by state instead of the Rockefeller report’s preliminary estimates.

The R/ECON report concludes that while most states receive more from the federal government than they pay in, New Jersey is one of thirteen states that actually receives less from Washington, D.C. than it contributes.

New Jersey receives the fourth-lowest return on its tax dollars, or 75 cents for every dollar paid to Washington. There are several reasons for this. First, New Jersey has a disproportionately high percentage of high-income earners. In fact, New Jersey’s federal tax contribution of $140.2 billion is responsible for 4% of total federal tax revenue. This results in a higher per capita income tax contribution.

Second, New Jersey is not home to many military bases or federal agencies and therefore does not receive federal allocations for salaries of government employees or contractors. This low level of federal expenditures combined with a higher-than-average income tax contribution is the reason why New Jersey receives 25 cents less from the federal government in funding than its citizens pay in taxes.