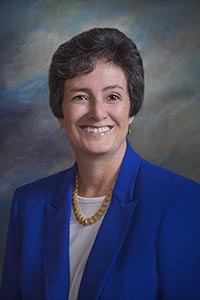 As head of NJHA, Ryan guided the state’s hospitals and other healthcare providers through one of the most dynamic periods in healthcare, with major policy changes under the Affordable Care Act. It was marked by a flurry of merger and acquisitions of hospitals, major changes in healthcare payment policy, a growing emphasis on healthcare quality and efficiency, the shift in focus from inpatient care to community-based population health programs and the dramatic influence of technology.

Key achievements under Ryan’s stewardship include strengthening NJHA’s membership to include all of New Jersey’s acute care hospitals and a growing representation of post-acute care providers representing the continuum of healthcare services; supporting healthcare providers with education, data, regulatory guidance and more as they adjust to the dynamic changes brought by the Affordable Care Act; and providing statewide leadership and convening an array of partners in improving the quality of healthcare in New Jersey through the NJHA Institute for Quality and Patient Safety.

Ryan began her career practicing law in Mount Holly and went on to serve as assistant counsel under former Gov. Jim Florio and chief of staff of the state Department of Health. She also was a senior vice president with the New York City Health and Hospitals Corp. and a regional executive for the American Hospital Association and the Healthcare Association of New York State. She served as a member of New Jersey’s Board of Medical Examiners, the Clinton-Gore Transition Team, the legal audit team for the Clinton National Health Care Reform Task Force and the transition teams for Gov. Jon Corzine and Gov. Jim McGreevey.

She has been recognized widely for her healthcare leadership, including being named among NJ BIZ’s “50 Most Powerful Individuals in Healthcare” and “100 Most Powerful Individuals in New Jersey Business” and South Jersey Biz magazine’s “Women to Watch.” She has also been honored with the 2016 Cook College Alumni Award, the 2015 Light of Hope Award from Catholic Charities, the 2012 Garden State Woman of the Year Award for Healthcare, 2012 Distinguished Service Award and 2011 Regents Award, both from the American College of Healthcare Executives (ACHE) – New Jersey Chapter; the 2010 Impact Award from the Organization of Nurse Executives/New Jersey; and the 2006 Women as Health Advocates Award from the N.J. Primary Care Association. Under her leadership, NJHA also was presented with the 2015 Freedom Award from the New Jersey National Guard for its program hiring veterans to serve as health navigators, and the 2015 Innovation Award from ACHE for its gainsharing demonstration project.