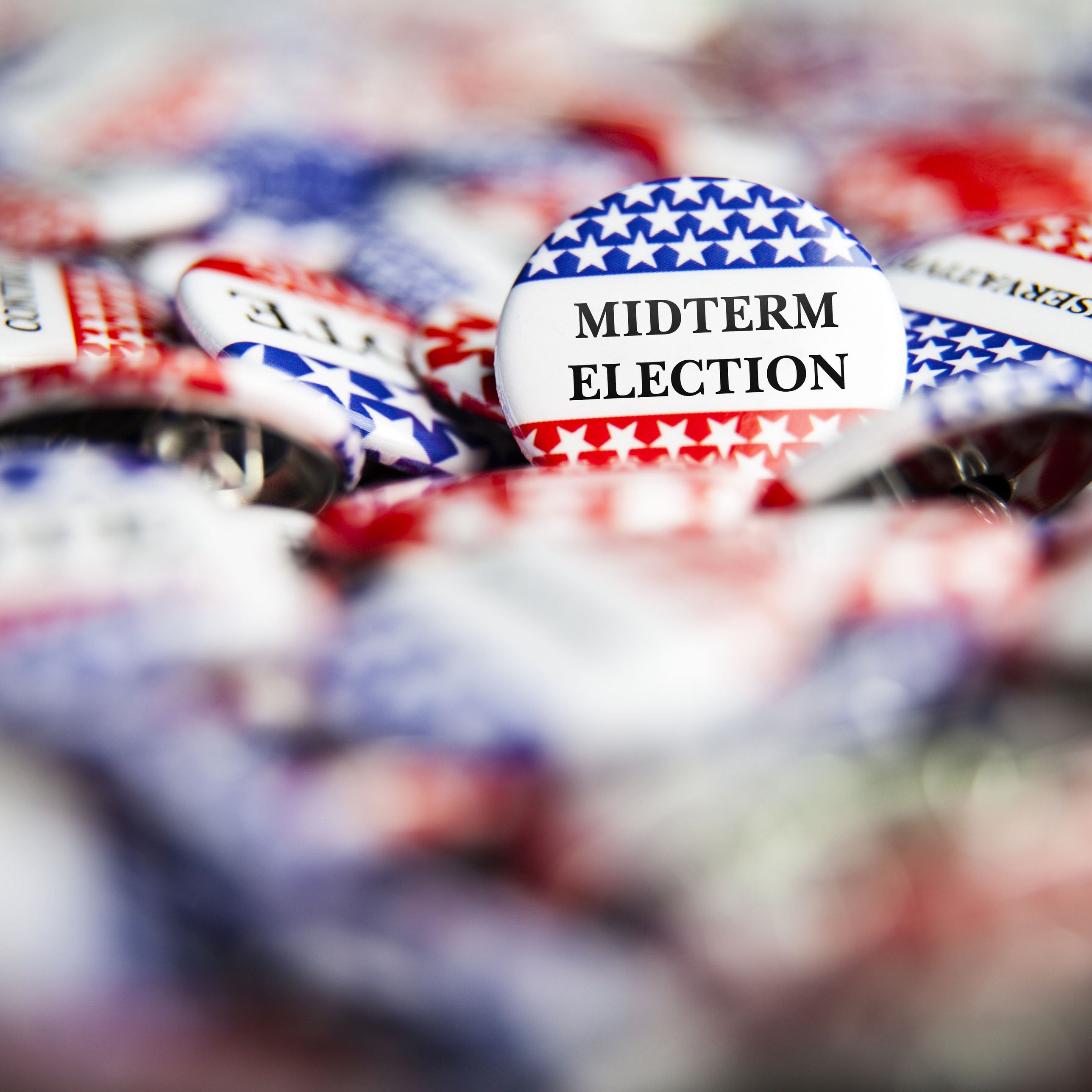 For the last several years, the Women’s Leadership Coalition and Bloustein Graduate Student Association has held an Election Night Watch party. All graduate students are encouraged to not just get out and vote, but to gather in the student lounge with fellow students to watch and discuss as the returns roll in. Supported by the Office of Student and Academic Affairs, students of all political affiliations are invited to participate. This year,  Cecille de Laurentis MPP/MCRP ’20 attended to get a sense of the atmosphere.

I entered the student lounge at about 8:00 p.m., right when the Women’s Leadership Coalition election night watch party is set to begin. There are already 15 or more people there, glued to the TV screen and animatedly shouting at intervals: “Florida is close!” “How many precincts are reporting?!” Some people sitting at my table pull up the New York Times to check–only 1% of precincts are reporting, and we feel a little silly.

By 8:30 pm a steady flow of people has trickled in. Almost 40 people are in the lounge now, alternating between the TV screen and their laptops, cross-checking with sites like FiveThirtyEight. A third-year dual degree student reminisces about the 2016 election watch party, saying “I think I’m the only person still here who was there for that. There was a big mood change. It started off with people in pretty high spirits, with Professor Shapiro writing data on the board…” While there are no professors this year and people are in high spirits, there’s definitely still tension in the air.

As time slowly passes, we continue to watch the news feeds and various maps that are displayed. “Is that a bay…or is that an area that hasn’t come in yet?” says someone. We are, at turns, both optimistic and cynical about our favored races. The New Jersey Senate has been called for Menendez, despite its appearing to be touch and go for a while.

Just before 9pm a conversation begins about whether it’s better for your favored party to control the House or the Senate. Some of us say the Senate, due to their decision-making power regarding court appointments; others point out that the House, as a larger legislative body, has more room for representation and diversity of viewpoints. Most of the websites we are reading predict that Democrats will win the House and Republicans will keep the Senate, just as they had at the start of the night, but so far only two races are called for each.

Time still seems to be moving slowly, and I’m both really excited and feel like I want to freak out—and it’s not quite 9:30 p.m. Most races we are watching—in Florida and in Georgia—look to be pretty certain but haven’t been officially called yet.

By 9:45 p.m. Stacey Abrams has caught up in the Georgia gubernatorial race and is now sporting around 44% of the vote to Kemp’s 55%–previous numbers hovered around 36% to 60%. At this point about 31% of precincts are reporting.

Tense is the word most people are using to describe how they’re feeling. It’s 10 p.m., and some are beginning to pack up and go home, but others stay, occasionally letting out soft exclamations at their computer screens. “How can you go home?” asks one first-year student, who has been borderline gleeful all night. “I love this! I’ll be here all night!”

At 10:10 p.m. the Texas Senate race has been called—Ted Cruz has defeated Beto O’Rourke.

There are still a good number of people in the lounge at around 10:30 p.m., but I decide to head home and watch the rest of the returns from my bed. Some of the ending comments of the evening: “Election Day feels like a holiday. A slightly stressful holiday.” “Why isn’t it a national holiday, though?” The pizza and salad have been decimated. Students wonder aloud if their professors will prefer to discuss the election in class rather than what is scheduled on that week’s syllabus.

I arrive back at my apartment just before 11pm. It has been an emotional night, but somehow, I have a feeling that the mood swings in the student lounge tonight didn’t quite match those of 2016. Still, after spending the past few elections refreshing results on my laptop at home, I was glad to spend my first election watch party in ten years with my classmates in policy and planning.