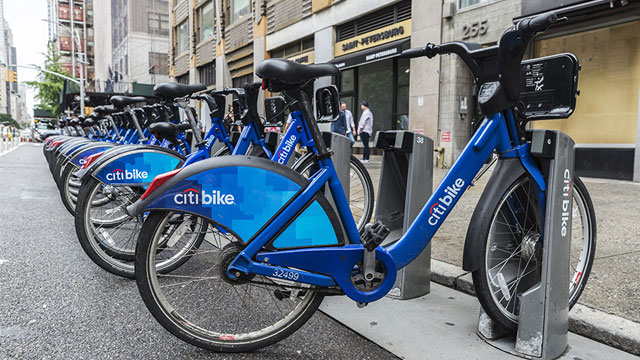 What do the 1980 New York City transit strike, Superstorm Sandy in 2012, and the 2020 COVID pandemic have in common?  All three led to increased bicycle ridership in New York City and indicate that an effective transportation policy would include promoting bike-sharing as a way to improve overall resiliency during disasters when public transit is considered dangerous or is disrupted.

They found that the pandemic had an impact on bikeshare and subway ridership in New York City.  Using open data sources on New York City’s Citi Bike system and turnstile entry data for the subway, it was found that both saw initial drops in usage when the pandemic hit in March 2020. Over the summer, bikeshare usage largely returned to prior levels of usage, while subway use remained substantially lower than in 2019, pre-pandemic.

Wang and Noland found that most bikeshare trips were made by subscribers in both 2019 and 2020.  While the number of subscriber trips dropped substantially in March 2020, they steadily increased as the year progressed. Casual users remained stable after March and generally matched 2019 ridership.  This suggests that the service was being tried out by more city residents as the pool of visitors and tourists that would have been casual users of Citi Bike essentially dried up.

One limitation of the study was the absence of information regarding the effects of service reductions on subway ridership.  Job losses and stay-at-home policies may have affected public transit ridership as well. The analysis included controls for weather patterns that affect the use of bicycles.

The travel changes that occurred due to the pandemic show the benefit of having a bikeshare system in place.  There was a large shortage of bicycles for purchase in New York City (and many other places worldwide) suggesting high demand for alternate modes of travel, perhaps to avoid the subway which was seen as a potential vector for virus transmission. Future policy should recognize the resiliency benefits of alternate modes and can be encouraged by providing dedicated and safe infrastructure.