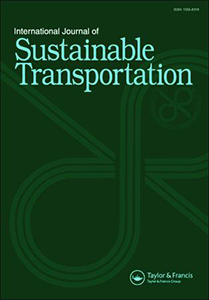 As bikesharing systems have proliferated, few studies have examined the trips made on these systems. In this paper, we examine trips between origin-destination pairs during three months in 2015 on New York City’s Citi Bike system. Findings suggest considerable variation across user types, across months, and across times of day. Principal findings indicate that bikesharing is used for transit access and egress during rush hours, and that stations located along the same high-quality bicycle route see far more trips than do other station pairs. Casual users complement subscribers’ usage by using bicycles more frequently during midday and the evening, and between areas characterized by nearby recreational land uses. Loop trips to and from the same station also occur and are likely recreational trips. The data analyzed is essentially a form of “big data.” That is, large data sets that are ubiquitously collected. The analysis suggests that in this case, “big data” that lacks the socio-economic data commonly collected and used in travel analysis can provide useful insights to planners.