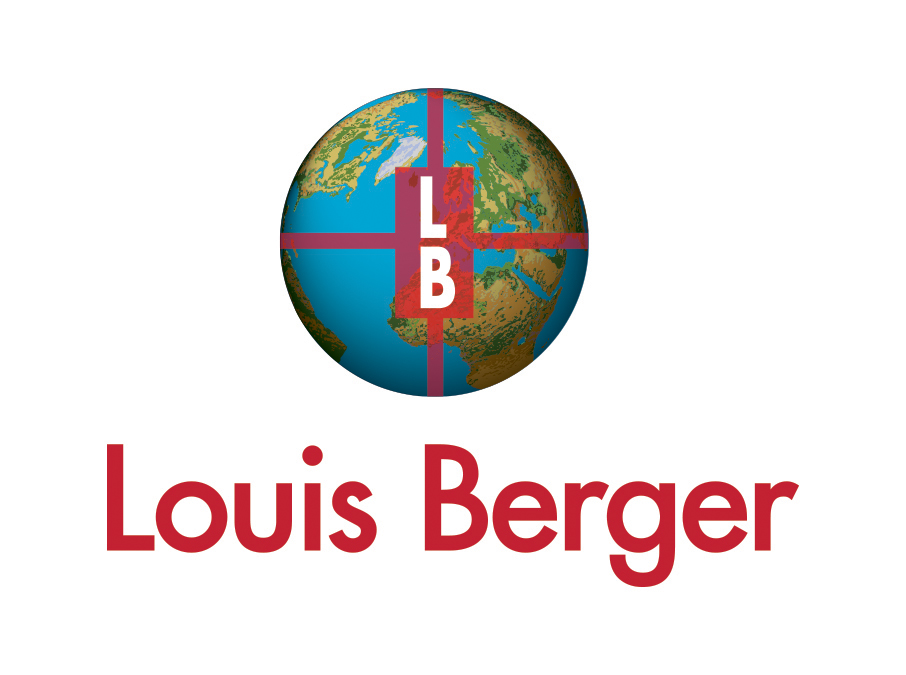 Now in its seventh year, the Louis Berger Fellows program enables four Bloustein School students to undertake a comprehensive fellowship and earn credit during a professional internship experience with Louis Berger. At the conclusion of their first year of study at the Bloustein School, Fellows embark on a full-time summer internship assigned to one of the company’s international projects.

Andrew Balmer will be working this summer in Qatar, Leonard Cavalcanti in Panama, Luke Hansen in Washington, D.C., and Chloe Strasser in Paris. Previous Fellows have spent their internships living and working in diverse locations such as Cameroon, Costa Rica, France, India, Kuwait, Mauritius, Mozambique, Panama, Jamaica, China, the Philippines and Qatar.

“Our continued relationship with the Bloustein School is a testament to our commitment to giving back and nurturing the next generation of industry leaders,” said Bob Nardi, Louis Berger senior vice president. “Through this fellowship, students will gain invaluable knowledge and experience that will serve as an important milestone in their professional journey.”

The Bloustein School and LBG have a long-standing relationship; many of the school’s graduates are or have been senior managers with the firm, and the company has provided financial and other support to the Bloustein School for over 10 years—part of LBG’s broad commitment to corporate responsibility and sustainability. 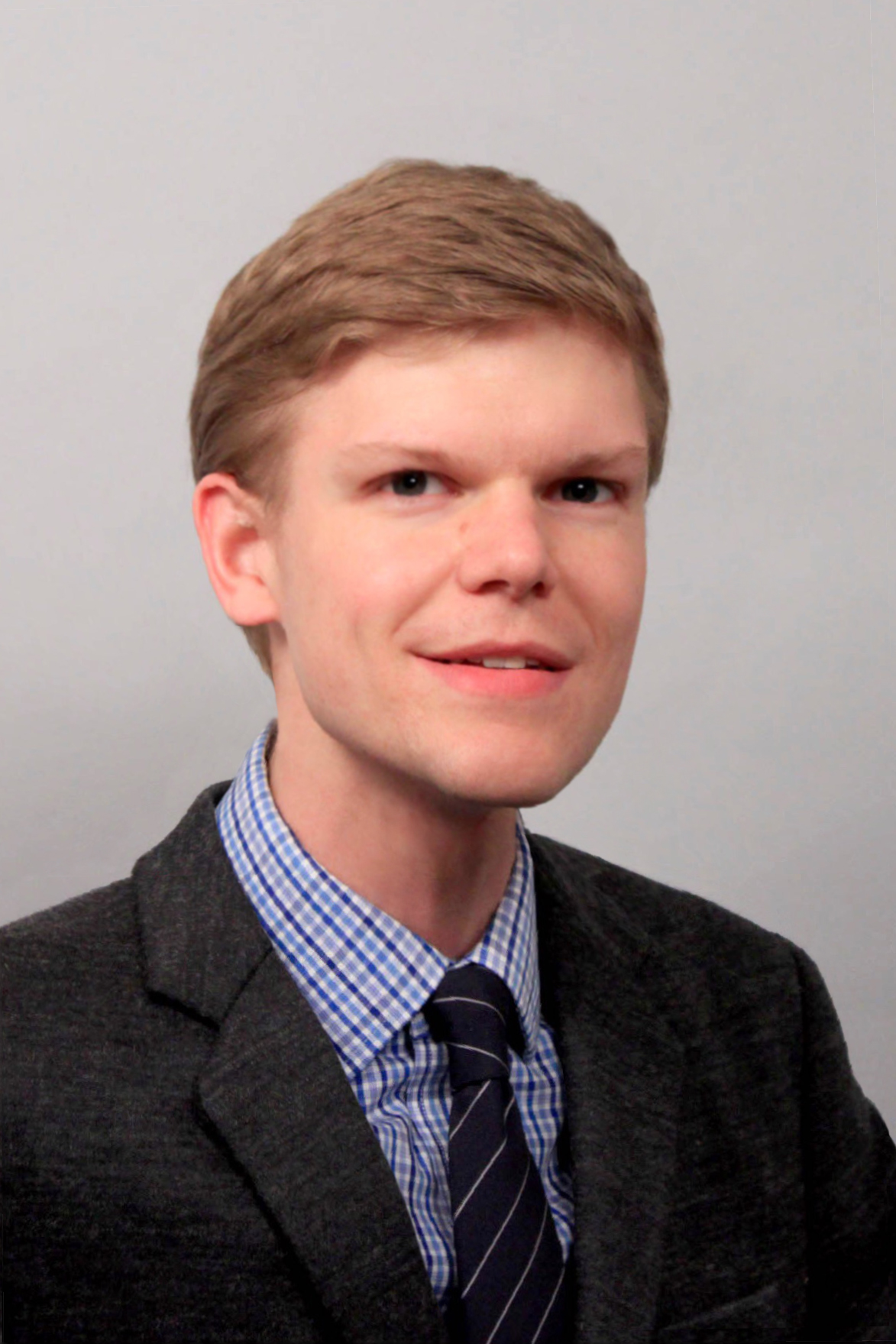 A native New Yorker, Andrew Balmer has long had a passion for cities and transportation. His experience riding the city’s subway system laid the early groundwork for his interest in public transit, while his enthusiasm for cities has been informed by extensive domestic and international travel opportunities.

As an undergraduate architecture student at Columbia University, Andrew learned to appreciate the role of design in the planning realm. During that time, he also developed a deeper connection to the city he lived in by relying on a bicycle as his primary mode of transportation. As he became more attuned to matters of urban transportation planning, he began attending local community board meetings, at which he spoke publicly in favor of livable streets improvements and connected with like-minded advocates. He volunteered with Transportation Alternatives and Bike New York, conducting both editorial research and on-the-street outreach and education. Through an internship position with the Upper West Side Streets Renaissance, Andrew coordinated a comprehensive campaign to identify and gain political support for new bicycle rack sites in the neighborhood. While working on the CityBench program during an internship with the New York City Department of Transportation, he helped to coordinate the installation of street benches throughout the city.

This last internship was during a particularly exciting time for the NYC DOT, which was undertaking a wholesale rethinking of the city’s streets. As the agency installed protected bike lanes, pedestrian refuges islands, and other people-friendly amenities to the streetscape, Andrew was inspired by the power of transportation infrastructure to shape the city into a safer, healthier, and more inviting place. He is eager to embark on a career in planning that is informed by the lessons and best practices learned from the NYC DOT and from other progressive and innovative planning organizations.

Prior to attending graduate school, Andrew spent several years in the theater industry as a lighting and video technician, during which time he worked on four different touring productions that brought him (and his bicycle) to over sixty U.S. cities. He later drew upon both his theater experience and his architecture background while working as an assistant lighting designer at Focus Lighting, a New York-based architectural lighting design firm. Andrew credits these experiences with strengthening his design sensibilities, which he hopes to engage during his planning career. 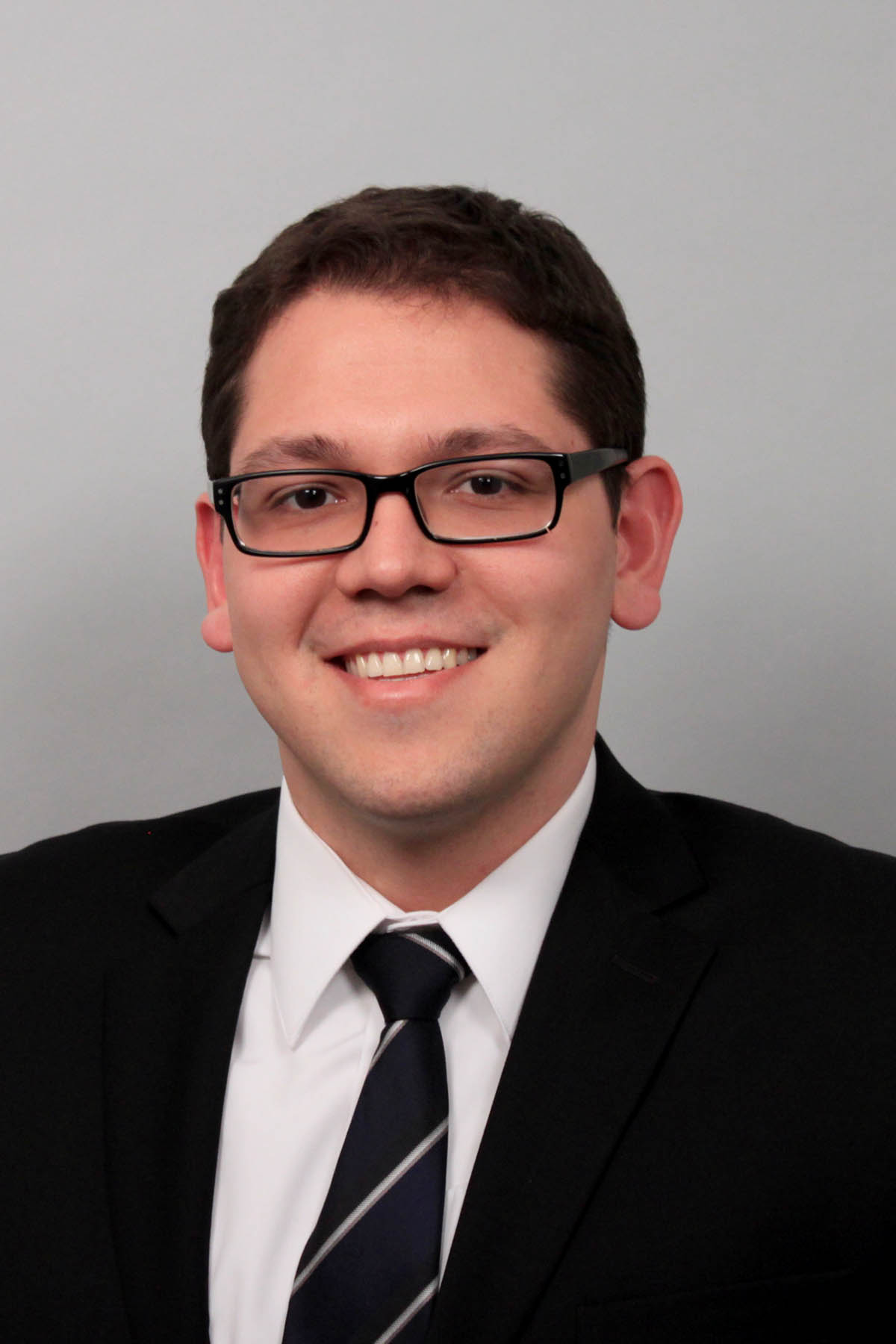 Born and raised in Goiânia, Brazil, Leonardo comes to Louis Berger as part of the Urban Renewal Program of the city of Colón, Panamá, after an entrepreneurial trajectory in his home country. With a bachelor’s degree in Environmental Sciences from Universidade Federal de Goiás, Leonardo’s relationship with urban planning began during Brazil’s urban development in the 1990’s.

During his undergraduate career, Leonardo sought to end harmful real estate and infrastructure development in his hometown by applying his expertise in GIS and remote sensing to aid Goiânia’s communities. He also worked with community organizations and waste pickers’ cooperatives to ensure that development proposals accounted for environmental externalities in development sites.

In order to better understand cities in a global context, Leonardo attained two competitive scholarships to undertake academic and professional activities abroad. In the U.S. he was a Visiting Scholar through the CAPES/FIPSE Urban Planning and Sustainability Consortium, working closely with the city of San Fernando, California, to develop a community-based urban design project. In the United Kingdom, Leonardo spent one year at the University of Birmingham as a Visiting Scientist as part of the Science Without Borders Program funded by the Brazilian government.

Leonardo’s efforts culminated in the establishment of his own environmental consultancy via a business incubator program in Brazil, which focused on cost-effective solutions for municipalities with the goal of securing environmental justice in urban development. Through the use of open source software and imagery obtained via unmanned aerial vehicles, he spent three years working with local governments and state agencies to enact change and promote planning initiatives bound by strong ethical principles.

Leonardo is currently pursuing a Master’s in City and Regional Planning at the Edward J. Bloustein School of Planning and Public Policy at Rutgers, The State University of New Jersey, with a dual concentration in Transportation and Environmental Planning. He is also the co-chair for the International Development Interest Group (IDIG) at Rutgers University. 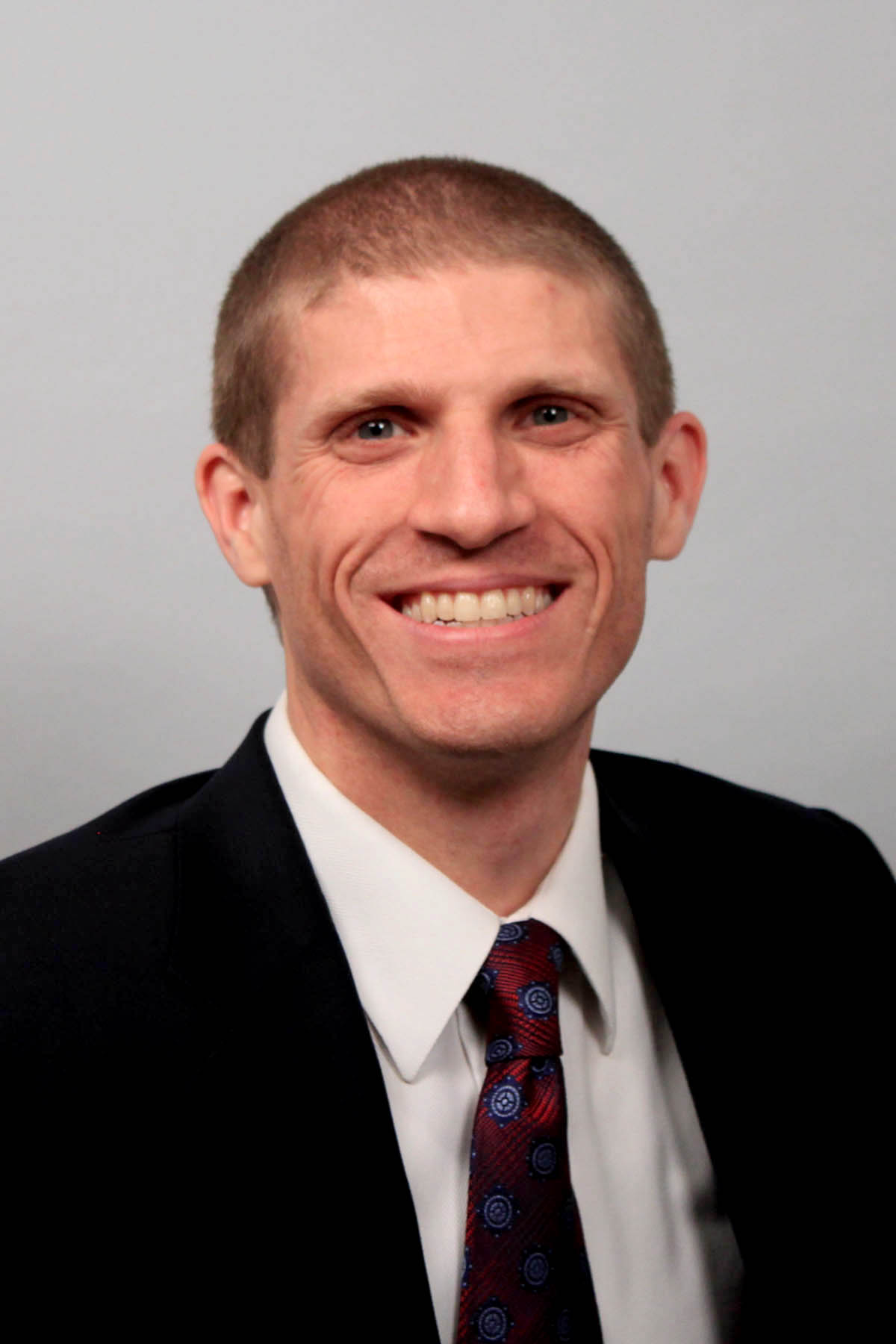 Growing up in Milwaukee, Wisconsin, Luke Hansen was fortunate to spend much of his childhood traveling. While attending St. Norbert College in De Pere, Wisconsin, where he majored in political science and business, Luke studied abroad in Australia. This experience intensified his passion for traveling and transformed him from a typical tourist into someone who enjoyed becoming fully immersed in local cultures. During his travels, he also began to understand how urban design and transportation systems affect the economic success of cities, and how improvements to both can generate positive gains. These experiences were extremely influential in Luke’s life and eventually led him down his current career path.

Following college, Luke attended law school at the University of North Dakota, where he received Order of the Coif distinction for finishing in the top 10% of his graduating class. He served as a judicial law clerk in Bismarck, North Dakota, before joining a law firm in Longview, Washington, as an associate attorney. Realizing he enjoyed being in the courtroom, Luke became a criminal prosecutor in Olympia, Washington, where, in addition to his duties in the traditional court system, he represented the State of Washington in Veterans Court and Drug Court. The environments of these specialty courts revealed to Luke that he prefers, and his skills would be better utilized in, a collaborative field. A move to New York offered Luke the opportunity to find such a field, while combining his love of traveling and interest in improving cities; urban planning proved to be the perfect fit.

In 2015, Luke entered the Master of City and Regional Planning program, with a concentration in Housing and Real Estate, at the Edward J. Bloustein School of Planning and Public Policy at Rutgers University. He has found urban planning, and especially real estate development, to be perfect extensions of his legal experience because laws and legal process play such an integral role in those fields. Luke plans on bringing together his urban planning and legal knowledge by utilizing small-scale development to restore neighborhoods, especially those with historic properties, so citizens will have a renewed sense of pride in their communities. 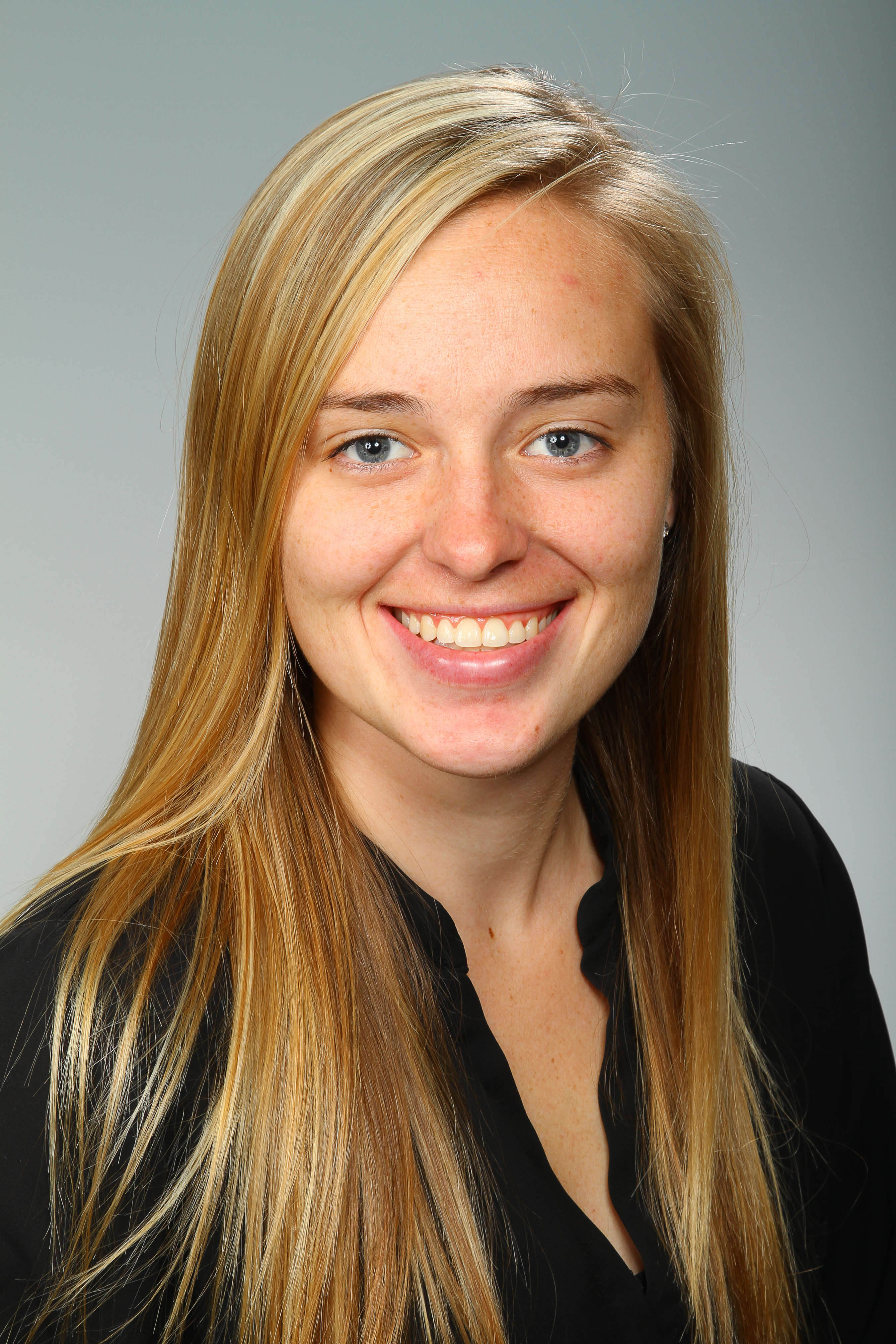 Equally comfortable in a big city or rural area, Chloe Strasser grew up in two very different cultures –California and Southern Africa. Daily, she saw the consequences of poor urban planning decisions while living in Lusaka, Zambia, whether it was a community grappling with extreme poverty or inadequate water and sanitation, traffic congestion, lack of affordable housing, or environmental degradation.

As a teenager, she volunteered with disadvantaged children in South Africa and Zambia, witnessing firsthand the plight of vulnerable children, AIDS orphans, and the role that safe play has in psycho-social development. Her high school International Baccalaureate Independent project revolved around the matter of play and vulnerable children, designing and supervising the construction of two large playgrounds in Lusaka, Zambia so she could give back to the community she called home. Her work included hiring a construction team, designing the structures, financial budgeting, and procuring materials. Overwhelmed by seeing disadvantaged children enjoying these completed projects, Chloe began to see her calling in purpose-built infrastructure.

After graduating high school, she attending the University of California–Irvine where she received dual degrees in urban studies and public health policy. She interned in the Washington, DC office of the Evangelical Lutheran Church of America, where she completed research for the legislative representative for international policy in areas such as hunger, women’s rights, and HIV and advocated for sustained and strengthened funding for comprehensive HIV and AIDS programs. Chloe also participated in international research on malaria incidence under the supervision of a public health faculty member, and assisted with geospatial data entry and map creation for reports to the Lutheran Malaria Program. She later joined a land entitlement agency, where she reviewed financial spread sheets, researched prospective development sites, determined property eligibility, and prepared zoning summaries.

She worked for a brief period as a grant writer for the economic development department of a city in LA county, where she conducted site surveys, worked with engineers to create project estimates, and secured funding for various projects. All of these experiences influenced her to further her technical skills and knowledge related to city planning. At the Bloustein School, she is concentrating in international planning and public health while also working towards a geographic information system (GIS) certificate. This last semester she took an independent study course where she gained the ability to plan reliable sanitation and water supply systems that utilize local resources and human capital congruent with local customs.