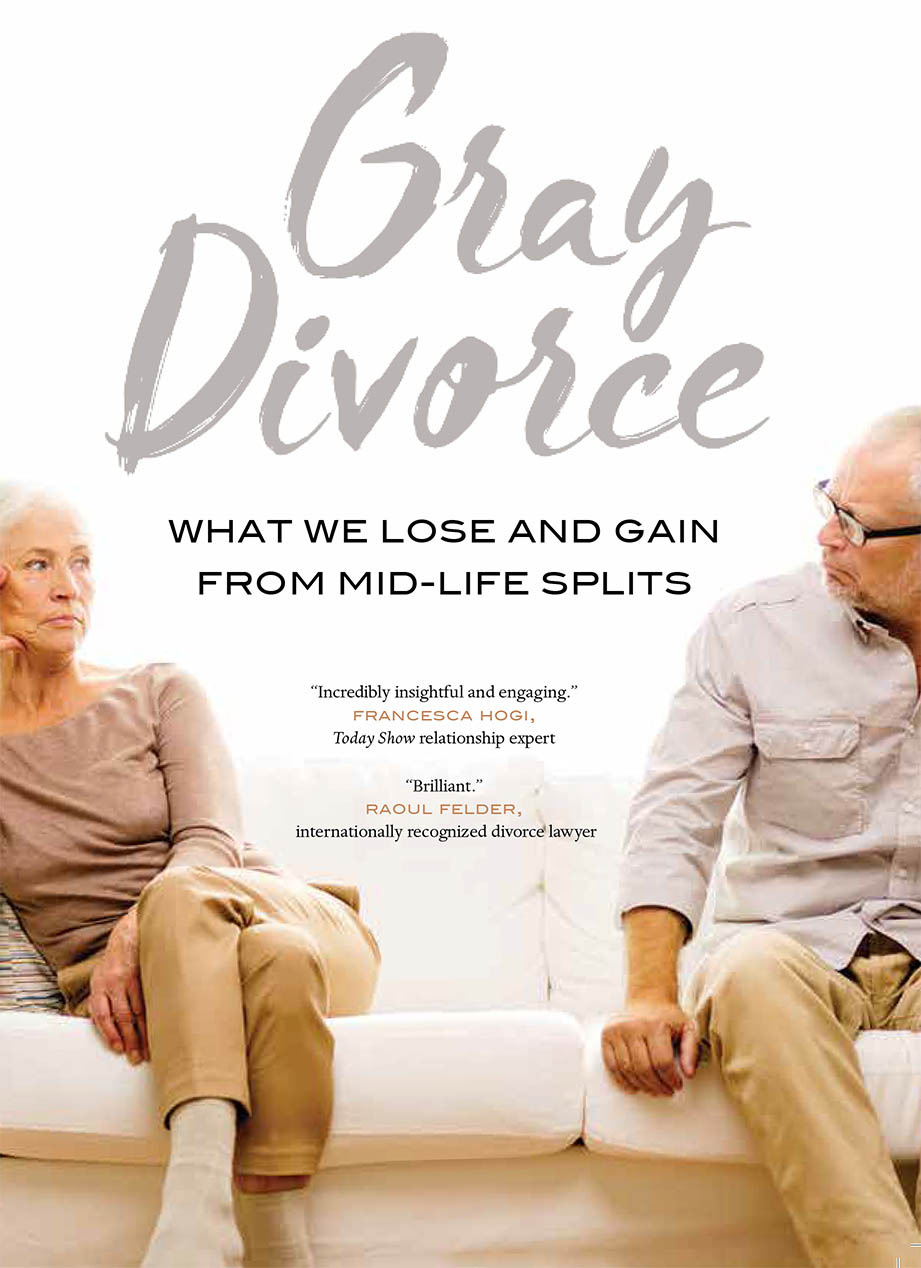 Gray divorce—characterized as a divorce where one member of the couple is age 50 or older—has been becoming increasingly widespread in the United States. The divorce rate for the overall population has stabilized and even declined a bit over the past several decades. In contrast, about one out of every four divorces is now “gray.”

Bloustein School Professor of Public Policy Jocelyn Elise Crowley, Ph.D. examines the “gray divorce” phenomenon that is happening across the United States in her forthcoming book, Gray Divorce: What We Lose and Gain from Mid-Life Splits (Oakland: University of California Press; January 23, 2018).

Crowley, whose research interests include family policy, social policy, and women and politics, became interested in gray divorce after reading a newspaper article about it. “It was so contrary to my life experiences that I thought to myself, well, I really need to find out more. I spent a lot of time with my grandparents when I was growing up as a child. They were married for 68 years and they loved each other, but that did not mean that their marriage was perfect. No one’s marriage is perfect!  I saw them fight—and fight quite often—but then they always made up. Never once did they consider a divorce.”

The most important factor driving the explosion in the number of gray divorces is the aging of the Baby Boomer generation. “Millions of Americans are moving into the 50 and older age bracket. And with greater numbers of people come more divorces,” she says.

Another dynamic is the rising life expectancy of Americans.  As men and women live longer, they have a greater likelihood of getting divorced.  “Of course, there is also the issue of remarriage,” she continued.  “After a divorce at any age, men and women often remarry.  But remarriages fail at a much higher rate than first marriages.  This leads to more gray divorces in the future as a result of these remarriages breaking up.”

Gray Divorce uncovers the reasons why men and women divorce—and the penalties and benefits that they receive for their choices. As part of her research, Crowley interviewed 40 men and 40 women who had experienced a gray divorce, asking a range of questions such as why they got a divorce, how their social relationships changed, and how their finances were affected by the divorce. “Overall, I learned a lot about how their lives were completely transformed in the aftermath of their divorces,” she said.

More importantly, Crowley stresses that her book is written with the everyday person in mind, moving away from reporting purely on academic findings. “As men and women postpone the decision to divorce until after their children or grown, I feel it is important for people to understand that both mid-life men and women do not easily throw away their marriages. Often, they have been married for many decades before they divorce, but a crisis or a chronic relationship stressor finally pushes them to the divorce decision.”

She goes on to explain that men and women suffer in very different ways from a gray divorce. Men become more socially isolated, and women become more economically vulnerable. However, she also believes the book can be a tool for long-term couples considering a divorce. “We hear quite a lot about the negative consequences of divorce. But what I found is that despite the consequences, overall both sexes are optimistic about their futures post-divorce. They have hope about moving forward with their lives, and that gave me hope in telling their stories.”

In addition to sharing the personal stories, Crowley touches upon supportive public policies—both pre- and post-retirement—that can be implemented to assist both men and women. Social security reform, access to spousal benefits, health care, and better access to support groups are all critical topics that need to be examined in order to better assist this ever-increasing demographic.

The book is available from the University of California Press, Amazon.com, Barnes & Noble, and other retailers where e-books, hardcovers, and paperbacks are available.

On February 19, Professor Crowley will join Rosanna Scotto and Lori Stokes on Good Day New York, and the Bloustein School’s John J. Heldrich Center for Workforce Development will also host a “Heldrich Conversations” event on Tuesday, April 3 at 4:30 p.m.  More information will be available at heldrich.rutgers.edu.