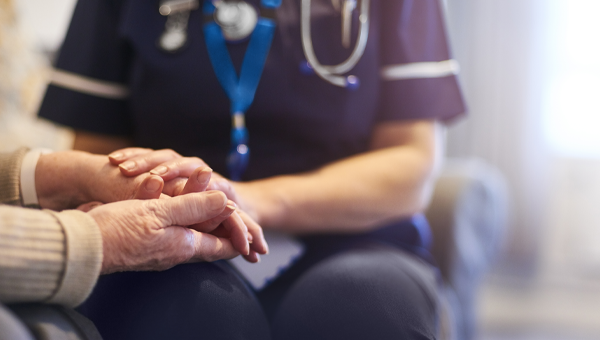 In “Developing the Future End-of-Life Health Care Workforce: Lessons Learned From a Survey of Advanced Health Professions Students,” American Journal of Hospice and Palliative Medicine, Anita Franzione, DrPH and her colleagues explore attitudes toward end-of-life (EOL) palliative care by health care professional trainees and their views regarding knowledge of and intentions to practice EOL care.

With a growing elderly population and epidemiological shifts toward complex, chronic diseases, there is a growing need for palliative care providers or at least medical professionals in the United States with some palliative care training. Despite this, only 25% of health care providers surveyed (public health, pharmacy, physicians, physician assistants, and occupational and physical therapists) in their final year of training expressed the belief that they have sufficient knowledge of palliative care.  Only 28% of those surveyed had taken a full course on death and dying and 39% reported a class session, reading, or assignment on death and dying.  One-third of health professions students reported no didactic training related to EOL in their health professions curriculum.

Physicians and physician assistants were the professions most interested in providing EOL care (55% and 32% respectively).  The study was heavily weighted to pharmacy trainees and did not include registered nurses, social workers, and chaplains who all play a role in EOL care.  The study demonstrated that having clinical, personal, or educational experience was associated with greater interest in EOL.  While not demonstrating significant knowledge of EOL and palliative, students had confidence in their understanding of these issues.  Students expressed an interest in having more education on EOL issues.

The study provides a way to train health professionals from
various disciplines to take care of seriously ill patients with chronic or
terminal illnesses.  It is time to
increase the knowledge and value of palliative care.