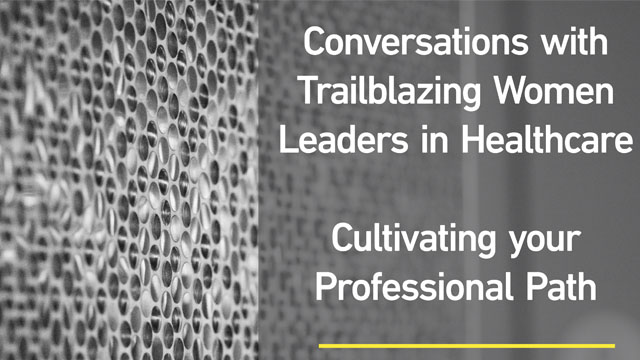 Ms. von Seckendorff noted that her hidden talent was that she was tri-lingual. English is her third language and German and Portuguese are her first and third languages. This results in a multi-cultural sensitivity that employers value.

Ms. Lallier is a trained opera singer. She uses her performance training to create a hook to engage people who might otherwise not be interested in compliance and governance in the pharmaceutical industry.

Ms. Paula Gutierrez’s first language is Spanish, and she used her fluency to create an advanced placement course in Spanish literature in high school.

Ms. Spence’s hidden talent is her short-term memory, which allows her to recall people she’s met and facts from meetings.

The women recalled experiences from early in their careers that got their careers going. Ms. Spence noted that the first time she visited a career counselor, she recalled being the editor of her high school yearbook. She detailed the experience of meeting budgets, deadlines, giving assignments, and motivating her fellow students to meet their own deadlines. The counselor advised her that these were skills that employers were looking for and the trick was to focus on them and not diminish the skills that she had developed.

Ms. Gutierrez described an event that helped her to develop her public speaking skills. When she described her creation of the AP Spanish literature course, Steve Adubato quipped that she was an innovator. This surprised her as she had never viewed herself in that manner; however, it is an attribute that she’s come to embrace. She now runs an LGBT Healthcare Center at Robert Wood Johnson Barnabas Healthcare System, which is the only one in the state.

Ms. von Seckendorff asked how the women had used mentors to advance their careers.

Ms. Lallier said her company is involved in consumer healthcare, pharmaceuticals, and medical devices. Before she was employed at Johnson & Johnson, she attended a conference and made sure to chat with and network with employees from J&J. She made acquaintances and used them to get an interview at J&J. She still uses acquaintances to steer her career in the direction that she wants.

Ms. Spence added that she had never applied for a job but rather jobs had come to her. Her mentors have now become advisors who help her with work challenges such as asking for a raise or how to work with difficult employees. She is now mentoring the next group of health care employees.

Ms. von Seckendorff then asked the women how they had leveraged their networks to take advantage of their skill sets.

Ms. Gutierrez said intentionality was important. Her career was not a straight line but rather more of a jungle gym. She worked with hospitals on organ donation and was approached by RWJBH to head their Diversity Initiative and now heads a clinic for LGBT patients. In hindsight, she has come to realize that working for health equity for underserved or marginalized communities is what matters to her. She emphasized that an opportunity may come along that is not what you were planning on but that leads to other opportunities. Taking down barriers to healthcare is what matters to her.

Ms. Lallier says that she looks to fill in the gaps in what she knows. She might not have the depth of expertise that some of her colleagues have but she has a broader picture of her company’s needs.

The seminar concluded with an overall endorsement of networks.