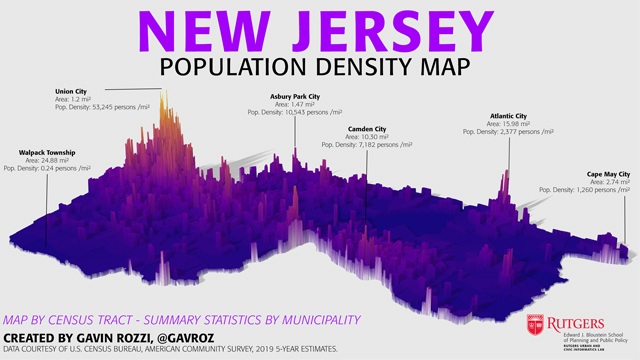 The 3D category is for works created using GIS software like ArcGIS Pro, City Engine and others and/or incorporates the use of Virtual Reality (VR) or Augmented Reality (AR). Maps are judged based on demonstration of innovative and creative 3D cartographic techniques; appropriate use of global or local data with appropriate scales (for example, site scale, regional scale); depicts results of a 3D analysis or compare different scenarios; effectiveness in telling a story or helping a user gain a clearer understanding of the data.

A 2D version of the map was first produced using the ggplot2 package and converted to 3D by using rayshader. This 3D map was raytraced and a high-resolution render was created in R using the rayshader package, with layout and annotation done in Adobe Photoshop. All code used to generate the 3D rendering is open source and available for reproducibility.