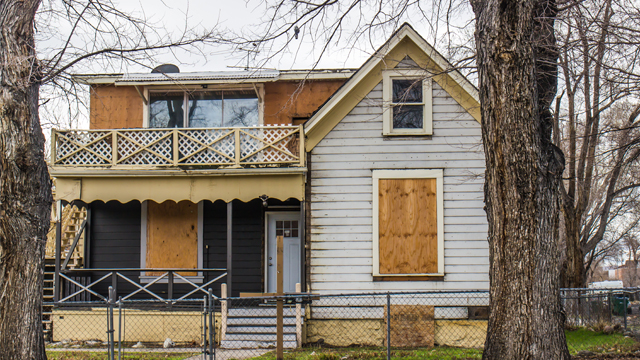 Eric Seymour is co-author of an article examining the relationship between investor ownership in foreclosed homes and the risk of childhood lead exposure in low-income housing markets with Alexa Eisenberg (University of Michigan, School of Public Health), Alex B. Hill (Chronic Disease and Injury Prevention Manager, Detroit Health Department, Detroit, MI), and Joshua Akers (Geography and Urban and Regional Studies, University of Michigan-Dearborn).

In “Toxic structures: Speculation and lead exposure in Detroit’s single-family rental market,” (Health and Place) they demonstrate the connection between post-foreclosure property acquisitions by investor-landlords to subsequent lead poisoning cases among children under age six in Detroit, Michigan. Detroit is a predominantly Black and low-income city with a heavily lead-polluted residential environment and distressed housing market.

Lead poisoning in early childhood leads to lower IQ’s, neuro-behavioral disorders, developmental delays, and lower academic achievement. The effects of elevated lead-levels in the blood are permanent and include damage to the body’s major systems. This results in reduced social, economic, and health outcomes in adolescence and adulthood across a person’s life span. There is no preventative screening mechanism.

They contend that the business models of investor-landlords who purchase foreclosed properties make them less likely than other owners to maintain their acquisitions and undertake lead remediation actions. Therefore, they hypothesize that children living in renter-occupied homes purchased by investors through foreclosure auction will be more likely to exhibit elevated blood lead levels. They anticipate that the risk associated with investor ownership will further contribute to the risks posed by renter-occupancy (compared with owner-occupancy) and by proximity to nearby property abandonment and demolition activity, which have been documented in previous research. These findings lend new insight on how the rise in predatory and speculative landlord activity in the aftermath of the foreclosure crisis might present unprecedented social and physiological harms that can further erode the health of vulnerable households and communities.

The findings from Detroit indicate that young children who live in rental properties owned by investor-landlords active in the annual tax foreclosure auction are more likely than children in other living arrangements to exhibit EBLLs, net a range of property- and neighborhood-level covariates.

This evidence suggests that the business models and practices of property speculators operating in low-income rental markets threaten to further elevate the risk of lead poisoning among marginally housed children. Considered collectively, this evidence suggests that the lead exposure risks posed by speculation extend beyond those incurred to children living inside investor-owned properties, to those that live near their properties when they are abandoned or demolished due to neglect. Their results suggest that the growing role of speculators in these places is a threat which can perpetuate and even exacerbate stark racial and spatial inequities in childhood lead poisoning. These findings have widespread implications for population health given that residential segregation preconditions re-emergent cycles of predatory property relations and persistent, intersectional health inequities along the axes of race, class, and geography.

These public policies have material consequences that disproportionately impact the health and life outcomes for low-income and vulnerable populations, positioning public officials to intervene effectively and immediately.