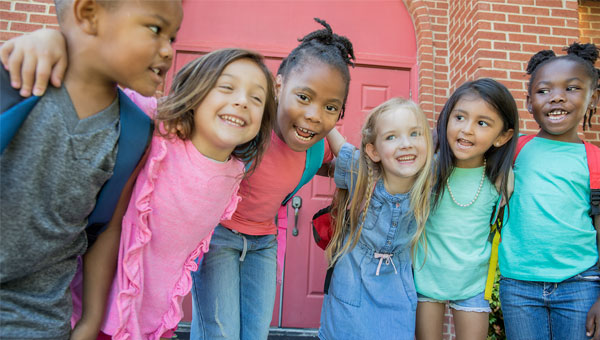 Philadelphia’s preschool program, PHLpreK, funded by the beverage tax, has likely created from 800 to 1,350 new jobs in the city, according to a new research report.

A new policy brief, “The Total Economic Impact of Philadelphia’s Beverage Tax,” by researchers from the Bloustein School’s Rutgers Economic Advisory Service (R/ECON) and the National Institute for Early Education Research (NIEER) at the Rutgers Graduate School of Education, Rutgers, The State University of New Jersey, evaluates the full economic and fiscal impacts of the Philadelphia Beverage Tax and the programs it supports within the city. The research was commissioned by NIEER with a grant from the William Penn Foundation.

“This analysis sought to go further than examining consumers’ reactions to the tax and what industries are suffering as a result,” said Michael L. Lahr, Distinguished Research Professor and Director of R/ECON, who directed the study. “We also wanted to understand how the allocation of the tax’s revenues affects the City and its citizens. We focused specifically on the expansion of Philadelphia’s early childhood industry and the implications of increased employment of parents who enroll their children in the free PHLpreK program.”

To analyze the impact of the Beverage Tax and the PHLpreK program, researchers simulated the effect of 2019 (the year prior to the pandemic) beverage tax revenues on the 2016 (the year prior to the Beverage Tax implementation) economy of Philadelphia. They found that, while several industries are negatively impacted by the tax, the program’s overall benefits to Philadelphia’s economy are nearly identical to the costs incurred by the negatively impacted industries and their workers. However, this is before taking labor market impacts into account.

About $80.5 million of the $247.8 million in revenues raised by the tax through the first three quarters of 2020 funded 3,300 PHLpreK seats in more than 130 pre-kindergarten locations across Philadelphia. Until the pandemic hit, the revenue generated by the Beverage Tax averaged about $77 million annually. Despite a slightly dampened revenue stream for fiscal year 2020—with 67% of 2019 revenues after 75% of the year reported—PHLpreK had at that point secured its largest funding at close to $29.9 million.

To address the labor market impacts, the researchers considered two scenarios taking into account the impact of likely increases in employment for parents of children in the subsidized PHLpreK program. Based on Philadelphia households at less than 200% of the federal poverty level based on household size, both scenarios show clear favorable economic and fiscal outcomes for the city.

“It is clear that any small improvement in the city’s labor supply enabled via the free, quality PHLpreK program, or even just improved productivity due to better child care arrangements with no increase in jobs, secures a positive net effect for Philadelphia’s private industries and the City’s tax coffers,” said Lahr.

The City of Philadelphia continues to project that the costs of the programs funded by the beverage tax will outpace the revenues generated by the tax, starting in FY23. As a result, the remaining costs of these programs will be covered by the General Fund.

“Cities like Philadelphia are finding new ways to meet the need for high-quality preschool programs, especially for children in low- and moderate-income families,” said Milagros Nores, NIEER’s co-director of research. “This study shows that a sweetened beverage tax spent on expanding access to preschool education for low-income families can have a positive net impact on jobs and benefit low-income children and families most, even without considering the health benefits.”

“Even before figuring its health benefits to Philadelphians, the tax ordinance has a solid fiscal and economic footing,” confirms Lahr.

The release of the study comes in the context of a larger national debate about increasing public funding for child care and pre-K programs. U.S. Treasury Secretary Janet Yellen last week released a study by Treasury on the economics of child care. The report summarizes extensive market failures in the early care and education sector, including high costs, low wages, low revenues, and a dearth of providers nationally.