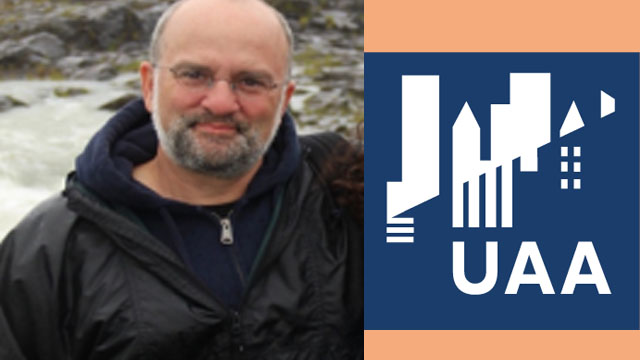 James DeFilippis, Ph.D. is a panelist at the Urban Affairs Association virtual conference on Friday, April 23.  The theme for the panel is Confronting COVID, Racial Injustice, and Economic Inequality.  The panel will be moderated by Thomas Vicino of Northeastern University and Dr. DeFilippis’s co-panelists include Davia Downey of Grand Valley State University, Valeria Fedell, Politechnico de Milano, Robin Hambleton of the University of the West of England (Bristol, UK), and Time Weaver of the University of Albany.

Dr. DeFilippis shared his thoughts on the topic of populism and the prospects for a new urban policy agenda and gave a preview of some of the points that he will discuss at the conference.

My first point is that there isn’t a populism or even “populism.” There are, I think different populisms and what they share is some kind of framing of a divide between “the people” and “the elite.” They all require, as Ernesto Laclau discussed in his book, On Populist Reason, a hegemon.  The question of who the hegemonic power is, and where the divides between “the people” and “the elites” are drawn is at the heart of the different meanings of populism.  In the American context, the public sphere talks constantly about reactionary populism, but doesn’t see or recognize the kinds of movements Laclau’s old writing partner Chantal Mouffe is discussing in her book, For a Left Populism.

My second point is that there definitely is a left populism that has emerged in our cities.  I will discuss a set of cases/moments/issues in my home city of New York to elaborate the ways in which local scale populist movements are rejecting the elite governance of the city.  They are doing so with populist language and framing. And they are joined by peer efforts in cities around the US.

My third point, however, is that I am not convinced that these efforts are going to be sufficient for a new urban policy agenda.  Certainly there have been successful populist challenges to the governance of our cities, and I will discuss some of them from NYC and elsewhere – and these challenges have come in both the realm of electoral politics and in the realm of outside pressure organizing.  And these have shifted the terrain of what is possible in our urban politics.  But they have not yet generated the strength to constitute a “new urban policy agenda” mostly because key parts of the Democratic Party’s electoral coalition are ambivalent about, or not supportive of, this agenda.

Fourth, this moving of the terrain of what is possible has real implications, and we can see the contours of policy frameworks that put racial and economic justice, along with climate justice, more directly into urban policy conversations than they have been in my adult lifetime.  I will discuss some of these here, but I think this audience basically knows what these might be, and the harder questions are the political constituencies to make this agenda happen, rather than on the specifics that constitute that agenda.  We also see the political implications of this at the federal level, as the Biden administration is being far more expansive than his former boss had been.

Finally, at the national level, the prospects of left populism propelling a new urban policy agenda seem so greatly constrained by reactionary populism and its significant foothold in the Senate, that it almost seems too obvious to discuss.  But the constraints of American federalism on our cities are just as much from our state governments as from Washington, DC.  And here is where the real impacts of old-fashioned racial conservatism and more recent forms of reactionary populism’s ability to constrain left populism might be most pronounced.  The eruption of state preemption laws that we witnessed last decade shows no sign of letting up and have obviously been joined by state-level efforts to constrain the abilities of city residents to shape state politics electorally.

In times of demonstrable elite failure – and there have been plenty in this century, and those failures have been incredibly large scale – populist movements should be expected.  And given the incredibly unjust – along race and class lines – processes and outcomes of those elite failures, it would be shocking if there was not a left populism that emerged.  Covid almost certainly strengthened all of that – it has made the critiques of elites clearer and the constituencies needed to advance it better organized. But if you ask me about the prospects of that left populism generating a ew urban policy agenda, my answer is that it…we’ll keep trying…