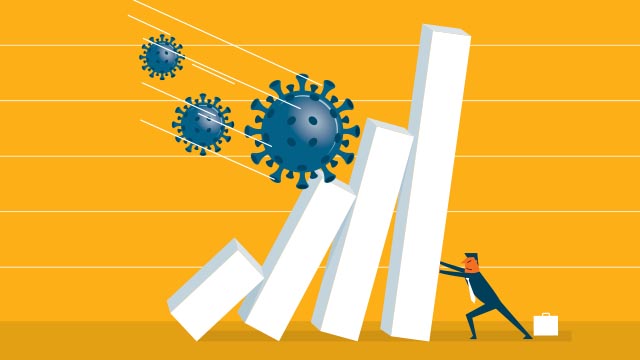 For more information or to set up an interview with Michael Lahr, please email lahr@rutgers.edu

Following the 6-month economic lockdown as a result of the COVID-19 pandemic, New Jersey is unlikely to experience a job resurgence anytime soon, according to the August 2020 Rutgers Economic Advisory Service (R/ECON) forecast.

About 16.7% of New Jersey’s 4.2 million jobs were lost between February and May 2020 in bricks-and-mortar stores, restaurants, hotels, recreation and entertainment, and personal services, said Michael Lahr, Distinguished Research Professor and Director of R/ECON. Without federal stimulus funding, he continued, the crisis would have been a disaster for millions of laid-off or furloughed workers.

“With little historic statistic evidence of economic lockdowns caused by epidemics, forecasting economists had little basis on which to hang a reliable forecast; instead, we used intuition and anecdotal evidence to guide us,” said Dr. Lahr. “From early on, we were cautioned against economic optimism. As more information slowly became available, we were able to see the magnitude of the coming economic crisis.”

Though New Jersey showed relatively weak annual employment growth since 2016, adding approximately 200,000 jobs through the end of 2019, employment was at an all-time high (4.2 million jobs) for the state. The pandemic caused the economy to grind to a halt almost immediately, with unemployment rising to 16.3% in April and a loss of 16.7% of those 4.2 million jobs between the first and second quarter of 2020.

The majority of job losses were in the state’s largest sectors prior to the pandemic. With the closure of dining establishments, Accommodations and Food Services dropped 137,300 jobs. Health Care and Social Assistance and Retail Trade each lost approximately 55,000 jobs, while Administrative Support and Waste Management lost just under 50,000. Two other sectors suffered major job losses too—Other Services (51,900 jobs), which includes professional associations, religious organizations, and personal service establishments such as dry cleaners, hairdressers, car washes, and repair shops, and Arts, Entertainment and Recreation Services (46,400 jobs). With the resumption of retail trade in June and more outdoor dining establishments, parks, and beaches resuming operations as the summer progressed, July saw a drop in unemployment to 13.8%. Additional recovery is expected as more establishments are open up, through the rest of the forecast horizon it should bounce between 5.5% and 6.0%, tapering off to 5.0% by early 2024. Jobs in the affected sectors are expected to return by the end of the second quarter of 2021.

Two rounds of federal stimulus funding and expanded unemployment insurance buoyed household spending, causing a 5.8% rise in the personal income of New Jerseyans; however, the outlook for personal income growth has substantially weakened in the state for the next few years. Inflation caused by rising interest payments on the nation’s ever-burgeoning debt (106% of GDP) as well as slow population growth will dampen both the national and state economies; state GDP is expected to fall just 4.6% in 2020, eventually leveling out somewhere between 0.6%-0.7 as the recovery continues.

“Forecasters are not expecting a second wave of the virus to significantly disrupt businesses, and assume that a vaccine will be widely distributed with most populations inoculated by next summer,” said Lahr. “However without a vaccine or an effective treatment, entertainment, travel, and trade will continue to suffer, with tourism venues being prime victims.”

Advocate and Educator: From the CROWN Act to the Classroom