In his remarks Secretary Perez stated, “We study a lot of data in this job, but for me, the most important thing to do is make house calls because behind every data point is a person, a human being with a story to tell.” The NSCN model is “fantastic,” Secretary Perez commented. “Keep up the great work you are doing.” 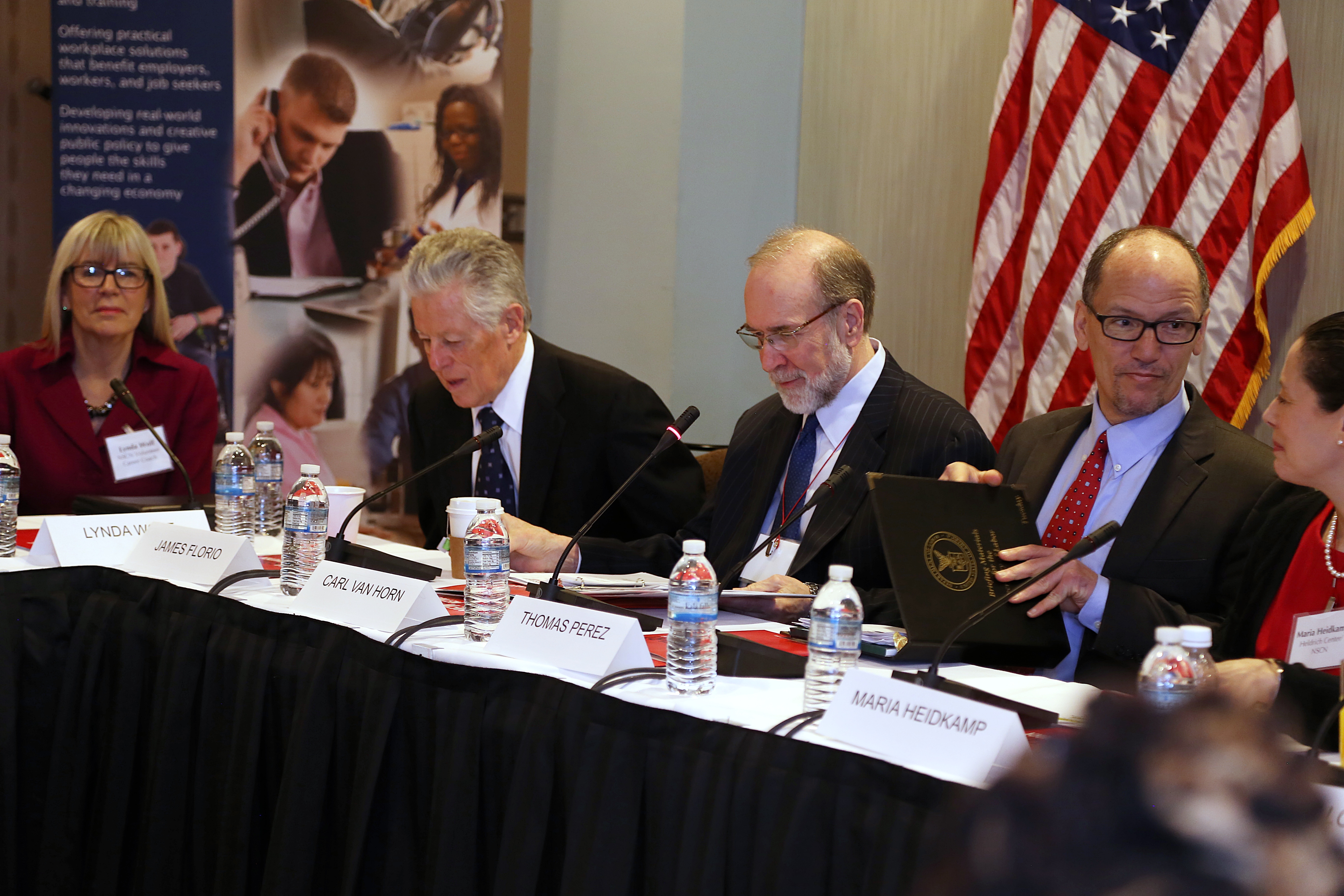 Job seekers and coaches also offered praise for NSCN. According to several roundtable participants, NSCN has given them a feeling of being involved with something positive, and allows them to feel valuable and that they are not alone in their quest for employment. One member described NSCN as his GPS, providing the direction he needed in his job search. Another NSCN member expressed her gratitude by saying, “The New Start Career Network has been a wonderful beginning for me, in terms of a job coach that has really helped me tremendously and has connected me to people.” A NSCN volunteer career coach said, “I feel that the New Start Career Network is a Godsend. It should be the model for the United States.”

While it is too early to report results, job seekers thanked NSCN for helping them feel connected and giving them some hope. One NSCN member stated, “Without the New Start Career Network, people like us…would feel completely lost. It’s not the first time I’ve been through this [unemployment], but it’s the first time in my life where I’ve been through this and I haven’t felt alone, and I haven’t felt isolated, and I haven’t felt like there’s something wrong or broken with me. All the therapy in the world, all the networking, and all the friends, nothing came close to the reassurance that is given by this organization. This is a model that has to be duplicated throughout the United States. They ‘get’ that we’re valued professionals that have something to offer.” 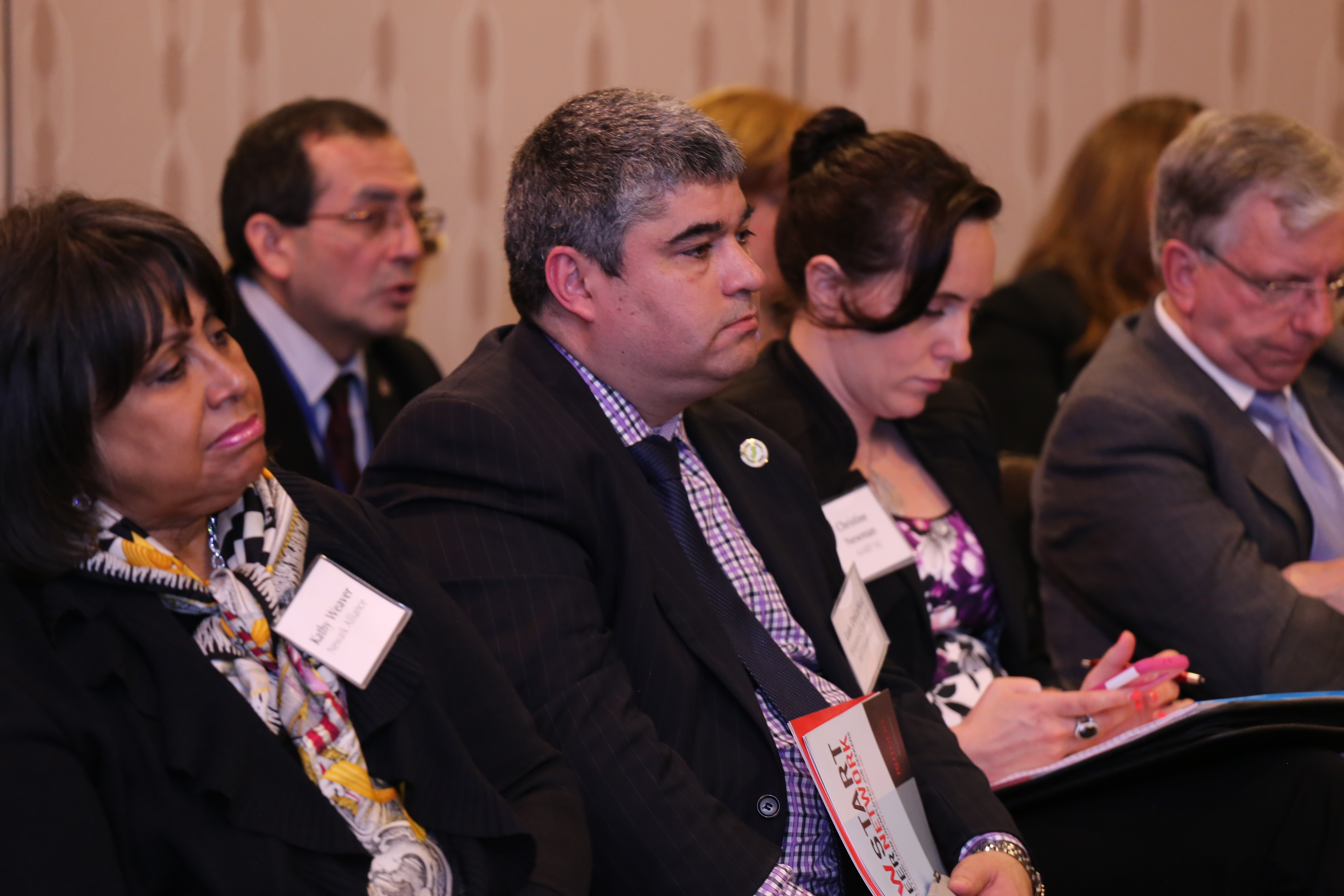 Heidkamp also described some demographics for the 700+ NSCN members, who reside in 18 of New Jersey’s 21 counties and previously worked in a wide variety of occupations. Three-quarters of the NSCN members have at least a two-year college degree. Both Heidkamp and Van Horn referenced the challenges faced by these job seekers, including the stigma associated with long-term unemployment, age discrimination, stress and depression, volatility in the labor market, and job search techniques that may be outdated. The goals of NSCN are to help these job seekers reenter the labor market and to raise awareness with New Jersey employers that the long-term unemployed are an often overlooked source of highly qualified talent.

Secretary Perez invited participants to share their stories so he could hear not only what they’ve been through, but also what lessons they’ve learned as he continues to discover what his department can do to better assist the long-term unemployed. 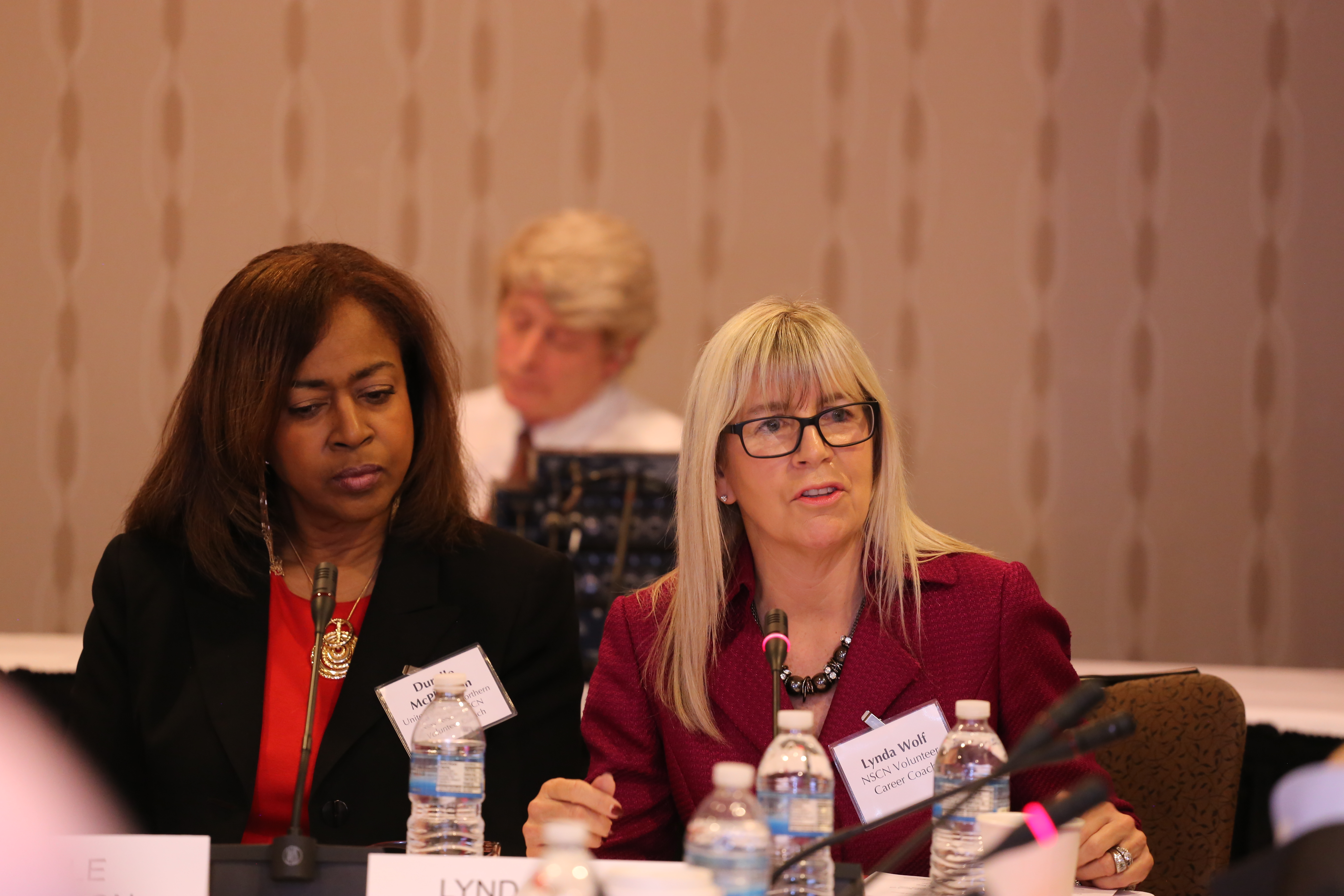 “I’m proud of the work we’ve done but I’m acutely aware that there are things we could do better,” the Secretary said before participants began to describe their struggles to find work, what work means to them and its importance in their lives, and their experiences working with NSCN.

“I’ve been out of work for a year,” said one NSCN member. She continued: “There were changes within my company that affected me. Work gave all of us, or at least me in particular, a real feeling of connection, feeling like I was part of something bigger than myself, a feeling of pride in saying where I worked. Sure, there are many other ways to feel validated and fulfilled whether it’s family or other interests, but the job is such an important thing, being part of something.”

Financially and emotionally, long-term unemployment takes a heavy toll on job seekers and their families, and many of these job seekers have had multiple bouts of unemployment in the aftermath of the Great Recession. One NSCN member explained, “I had unemployment the first time; President Obama was good enough to provide us with extension payments. This last time, the six months [of unemployment benefits] came and went, and we’re month to month right now. My wife’s working, thank God, and we’re making it work. I’m on the edge.”

Long-term unemployed job seekers are forced to draw from resources that were once meant for retirement. A NSCN member said, “It’s really tough on our families. I have no IRAs left, they’re all wiped out. Savings bonds that I’ve had since I was a kid, they’re all gone. Were it not for the fact that my wife has a secure job, I would be homeless.” A similar experience was described by another NSCN member: “Since 1998, I have been in ‘transition’ on several occasions. This time, I’ve been out of work since June 2014. The most difficult aspects of this that I have faced are financial uncertainty, depression and anxiety, and not knowing what is going to happen next…I have depleted my savings and currently I’m going into my IRA account to make ends meet for my family. I think that one of the keys to this is trying to maintain one’s sanity and keep motivated during this difficult time.” Another roundtable participant described his struggle: “Unemployment as a 50-year-old man was devastating to me and my family. In two of those three years [of unemployment], I burned through two-thirds of my retirement savings. My mortgage company was kind enough to tack on 10 years to my mortgage. I’ll be gone before the house is paid off but that’s ok, I have a roof.”

Closing remarks reflected the positive outlook of participants and the value of the information that they gained through participating in the roundtable. Congressman Frank Pallone said, “My larger role as a legislator and a congressman, beyond the individual level, is what can we do as a government because I really believe that the government can do so much more. This [session] was tremendously helpful to me on every level, particularly in what we do in our congressional office.”

Aaron Fichtner, Deputy Commissioner of the New Jersey Department of Labor and Workforce Development, thanked the participants for sharing their stories and walked away with a new sense of purpose. He said, “I leave here today inspired to try to do a better job in making sure that we are a good, solid partner in helping folks like yourselves get back to work. We are excited about the work of the New Start Career Network.” Secretary Perez offered words of encouragement to the job seekers as well. “We need your talent in the workforce,” he said. “We have opportunities here and we are a better nation when everybody is in the game.”

The New Start Career Network provides an array of free, personalized assistance to New Jersey residents, age 45 and over, who have been unemployed for six months or more. To learn more or to become a member, please visit the NSCN website.

Photos from the Roundtable with Secretary Perez