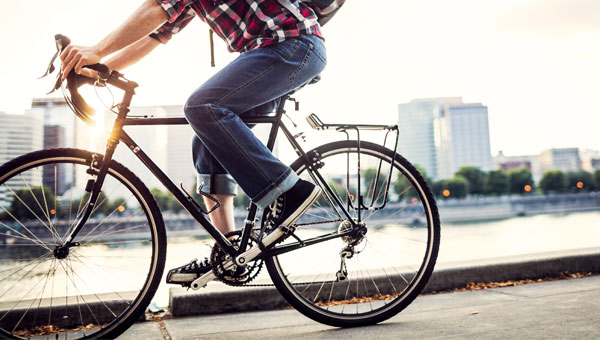 In “Active commuting and the risk of obesity, hypertension and diabetes: a systematic review and meta-analysis of observational studies,” (BMJ Global Health, June 2021), Bloustein School Assistant Professor Soumitra S. Bhuyan et. al discuss that while the U.S. is going through a global pandemic, other chronic, noncommunicable diseases (NCDs) pose a threat to the health and well-being of many Americans. They cite hypertension, obesity, and diabetes as significant challenges facing Americans’ health.

It has been suggested that changes in people’s lifestyles could mitigate the increase in NCDs.  The authors point out that while people’s caloric intake has not changed, their level of physical activity has decreased. In short, people are consuming the same amount of calories while engaging in fewer calorie-consuming activities. This is due to more sedentary jobs, busy life schedules, and longer commutes via car. This results in weight gain and the NCDs that accompany weight gains such as obesity, hypertension, and diabetes.  The authors decided that it was time to analyze data to determine if there was any correlation between active commuting practices such as bicycling and walking and reductions in NCDs.

Data analysis of other published studies revealed that active commuting (walking, bicycling) reduced the incidence of hypertension (5%), obesity (12%), and diabetes (18%).  While the weakest link was between hypertension and active commuting, there were a very limited number of studies available for review, and more research should be done to determine if there are stronger links between the two.

The group noted that their study had several potential limitations including recall bias and social desirability bias which would cause over-reporting of active commuting, the severity of existing participant  NCDs was not reported by participants, and the findings are based on observational studies and so should be interpreted with caution are among some of the precautions that should be considered.

They believe that the effects of active commuting warrant further study.