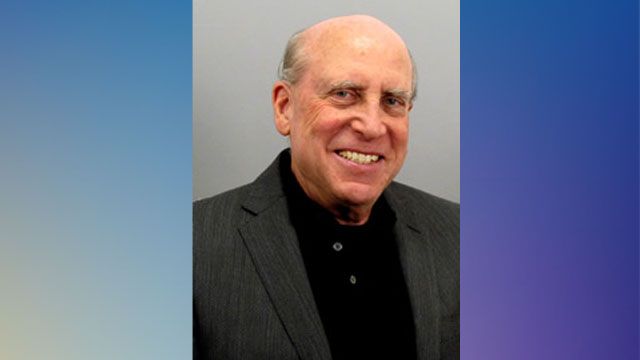 In recognition of the decades-long career of Professor Emeritus Robert Lake, fellow Bloustein School Professors Kathe Newman, Ph.D. and James DeFilippis, explore Lake’s writing, especially his critical engagement, with the pragmatist tradition of moral inquiry as a democratic practice of knowledge production. In “ A radical belief in all of us: an invitation to collective moral inquiry as democratic conversation,” (Urban Geography), they look at Lake’s advocacy of pragmatism to engage the world and find ongoing solutions to urban problems.

Newman and DeFilippis’ article serves as an introduction to the five essays that follow about Lake’s work by Robert Beauregard, Ph.D. (Columbia University), Elwin Wyly, Ph.D. (University of British Columbia, Canada), Mi Shih, Ph.D. (E. J. Bloustein School of Planning and Public Policy, Rutgers) Rina Ghose, Ph.D. (University of Wisconsin-Milwaukee), and Ihnji Jon, Ph.D. (University of Melbourne, Australia). Lake wraps up his views with an article of his own.

In their article, Newman and DeFilippis note that Lake makes use of the pragmatist principle of collective intelligence that stresses the importance of asking the right questions and of working through to the answers to societal questions.  The emphasis is on working collectively to arrive at answers.  Discussions evolve as circumstances change.  Lake eschews the idea of relying on “experts”.  The important thing is to ask the right question(s) rather than misstating the problem and ending up with the wrong solution(s).

Robert Beauregard, Ph.D. states in “Hybrid pragmatisms” that at the center of Lake’s research is democracy.  It is creative democracy in which moral and spiritual associations and “the integrity of equal personhood (are) a precondition for political engagement.” This is different from representative democracy with the trappings of elections or an institutional democracy with the separation of powers of the three branches of government, a free press, and bureaucracies.  This creative democracy constitutes a space where people collectively decide how to live well together.  In this space, knowledge is produced not handed down from on high.  We need to “shift our thinking about methodology away from collecting and analyzing evidence to engaging in collective problem solving (Beauregard, pg. 2)”.  Beauregard suggests that pragmatism needs to confront other theoretical perspectives to “keep the conversation going (Beauregard, pg. 3).”

In “Conversational urbanism” Elvin Wyly writes that that “Lake’s conversational urbanism is relentlessly productive, creative and constructive.” It defines love for urban diversity by being participatory, inclusive, and embracing ethical commitments of care and mutual learning.  Lake’s pragmatism is hopeful but makes the distinction between the idea that things can get better that must be distinguished the claim that things will get better.

Mi Shih in “Researchers as inquirers” seeks to examine what happens when what Lake preaches is put into practice. Lake believes that by engaging in conversation, moral decisions may be made rather than the imposition of decisions from on-high.  In Taiwan, the failure to engage in open-ended dialogue with residents led planners to devise an expert-drive, non-inclusionary, and undemocratic practice for the redevelopment of nearly 40 hectares of land called New Taipei City.  Despite holding more than 20 public hearings, land for desperately needed public housing was not allocated until the end of the project.  This was done to pacify residents who had been opposed to land taking.  The original decision, which didn’t have public housing as a component, was imposed from the top down by planners without engaging in conversation with local residents.  Only when local planning officials were faced with potential protests were residents listened to and their needs addressed.

Lake’s three contributions to the field of urban planning include: explicating the role of positivism in geography and urban planning; tracking the historic shifts in state-civil society interactions, and advocating for ‘creative democracy and justice’ according to Rina Ghose in her article “Justice and the American city.”  Lake is concerned with the use of GIS for urban planning and believes that this leads to more of the top-down, rational planning models rather than the reliance on collective intelligence.  Neo-liberalism has led to narrowing the terms and scope of political participation. Spatial inequalities and injustices caused by neoliberalism have an out-sized effect on racialized communities and federal cutback to federal and local social welfare programs have been used to enforce compliance on the worst affected citizens.

Ihnji Jon in “Lake-ian pragmatism and the path to engaged practice” sees Lake’s writing and research practices as an effort to prioritize our lived experience of the common world rather than as theoretical abstractions and to advance a collective program of solidarity.  This would be achieved through everyday communication and empathetic engagement rather than relying on “natural rights” or other assumptions with justifications from our culture.

In the final article, “Conversational gambits: talking points to a better future,” Lake reflects on his scholarship and the importance of relinquishing the traditional practices of academia, which can result in inflexibility, dogmatism, exclusionary claims, to get at the truth.  The challenge is to the structures of academia but if pursued will bring about success in forging a better kind of world.