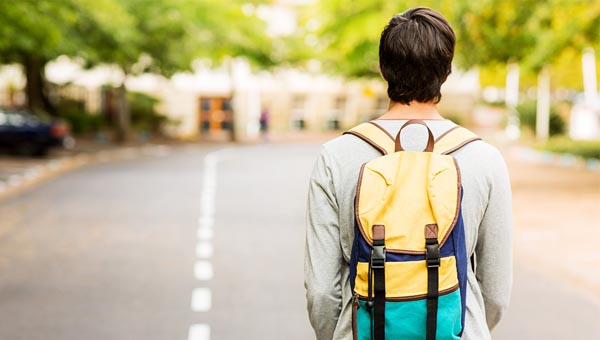 In a new paper, “Is it really too far? Overestimating walk time and distance reduces walking,” (Transportation Research Part F: Traffic Psychology and Behaviour, Volume 74, October 2020, pp. 522-535) Bloustein School professors Kelcie Ralph, Michael Smart and Robert Noland, Bloustein Ph.D. candidate Sichen Wang, and Lisa Cintron, former Research Project Coordinator at the Alan M. Voorhees Transportation Center, wondered why people are not particularly good at estimating the distance or walk time to nearby destinations. The natural tendency is to overestimate, particularly when thinking in terms of miles. Understanding the factors associated with this tendency to overestimate is important as people who overestimate distances are less likely to walk. Moreover, they find that fear of getting lost is strongly associated with greater perceived distance and decreased willingness to walk.

Given this, practitioners working to increase walking for health, environmental, or other reasons should consider adding wayfinding materials to their toolkit. Wayfinding campaigns may be able to counteract the natural tendency to perceive destinations as farther away and thereby increase walking. For example, on the Rutgers-New Brunswick College Avenue Campus, they surveyed students at a bus stop with direct service to the two destinations we queried them about. The busses are incredibly crowded, are often caught in congestion, and are infrequent on nights and weekends. In many cases, walking would save students time—and grief—but many do not set out on foot because they perceive destinations to be farther away than they actually are. Providing students with clear information on the walk time to nearby destinations could remedy this situation.

Some may wonder why, in the age of smartphones and mobile apps, wayfinding signage would be helpful. This is where point-of-decision wayfinding signage becomes beneficial (Hunter, Anderson, & Belza, 2016). When it comes to increasing walking, point-of-decision cues serve two purposes. First, they indicate the correct direction to head to reach a destination, and second, they clarify the time required to walk there (i.e. It is a five-minute walk to the Student Center → ). When placed in locations where people are likely to set off on a journey (like bus stops, train stations, or bustling buildings), these wayfinding signs have been shown to alter behavior. For instance, in an experiment at an airport, simple signs depicting the walk time between terminals increased walking by 11 to 17 percent (Fulton et al., 2017). These point-of-decision cues form the backbone of Walk Your City and other wayfinding efforts.

Posting directional arrows and walk times may become cumbersome in areas with many destinations of interest. In those cases, point-of-decision cues can be supplemented with large, publicly provided maps of each area with 5- and 15-minute walking radii superimposed over the top. The process of developing, refining, and evaluating maps such as these gained prominence in London, England and has since made its way to other cities (Transport for London, 2007).

Simple changes to mobile-based navigation applications like Google Maps or Waze could reinforce point-of-decision cues. Many people overlook the walking option when using these apps. To counteract this tendency, the apps could be reprogrammed to suggest or recommend walking routes and walk times when users search for nearby destinations. Over time, the instant feedback provided by these apps on the true walking time to nearby destinations may help people improve their estimates.

The researchers found that as familiarity with an area increases, university students view nearby destinations as closer, not farther away. In other words, juniors and seniors made more accurate estimates of distance than first-year students or sophomores. Regular walkers perceive distances as closer and were less likely to overestimate both minutes and miles. This finding is intuitive. People who walk multiple times a week have a greater wealth of experience to draw on when determining how far away a nearby destination is, even if they have never walked there before. Destinations in walkable areas appear closer, not farther away. This, too, is good news for efforts to encourage walking. Imagine the frustration of making routes more walkable only to find that people now saw destinations as farther away.

They agree with other researchers who find that routes with many turns and barriers make destinations appear farther away. Everything else equal, they find that a route with a barrier—such as a major intersection—is perceived to be more than two and a half minutes farther away than a route without one.

All else equal, respondents in their sample tended to overestimate to a greater degree for nearby destinations than those farther afield. Once again this is good news for practitioners because it means that people are most likely to overestimate walk times to destinations that are very close and these very short trips are the likeliest candidate for a shift in travel mode.

They close by discussing the historic reliance on student samples for research. When it comes to perceived distance, we find that the samples differed markedly; the university sub-sample made systematically different estimates than those from town centers. Moreover, many of the factors that were important for university respondents—like the characteristics of the route—did not influence the estimates of the town center sample at all. These differences are likely due to several interacting factors including differences in stage of life (the university sample was much younger on average) and greater racial and ethnic diversity (the university sample was much less likely to be white). These sampling differences between the university and town center samples are not unique to our study and they raise important questions about the historic reliance on student samples for psychological research. In future research, scholars should carefully consider the pros and cons of their sampling strategy. While a student sample may be fit for some purposes, in many cases a more representative sample would be preferable.