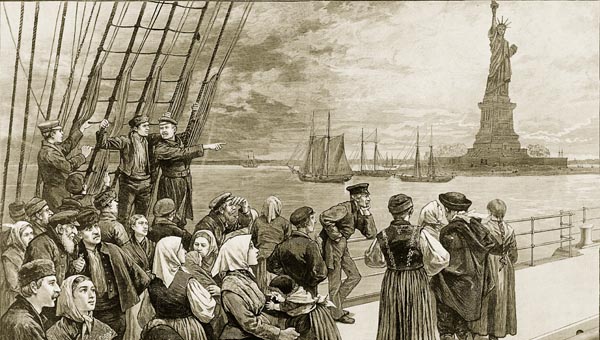 Are immigrants different from native-born people?  If so, does urban planning for immigrants need to be different?

New research published in the Journal of Race, Ethnicity, and the City by James DeFilippis and Benjamin F. Teresa (Virginia Commonwealth University) challenges that premise through a discussion of a set of neighborhood developments and conflicts in Queens, New York, the most diverse county in the United States.

Literature on immigrant communities is disparate and ranges from the descriptive to the normative, it all tends to share the same premise: that immigrant communities are different. Because they are different, the thinking goes, urban and planning theories and practices should accordingly be different. Their article, “Why do we always talk about immigrants with a language of “difference”? Neighborhood change and conflicts in Queens, New York,” is a challenge to that premise. They challenge the presumption of the centrality of difference, arguing instead is that such economic segmentation and structured differences are inherent in capitalism and should be understood as particular expressions of the same capitalist urbanization processes that are at work in all communities, regardless of the nativity of the people there.

Capitalism is inherently racialized because it engages in processes of taking social and cultural differences and turning them into racialized differences that have meaning and import in the political economy. Therefore, the consistent focus of the literature on how immigrants are “different” plays an inadvertent role in obscuring the work of racial capitalism.

This article proceeds in several steps. First, it briefly discusses the ways in which the urban studies and planning literature have dealt with issues of immigrants and immigration. The article then introduces the neighborhoods within the borough of Queens, New York, that it focuses on The neighborhoods are located along the 7-train subway, and that corridor has witnessed a set of different conflicts around urban land use, large-scale development, and the dynamics driving urban planning and politics. These neighborhood developments and conflicts are the core of the article. Finally, the article uses the cases to discuss the article’s larger arguments about racial capitalism and the shaping and making of neighborhood developments and conflicts in immigrant communities.

There are several takeaways from the article.  First, the issues that confront immigrants in these neighborhoods in these overwhelmingly immigrant neighborhoods are struggles over space that mirror many other stories in American cities.  They are struggles to save a public park from privatization; struggles of small business owners either threatened by the growth of chain retail or fully displaced for more profitable redevelopment by the city government and developers; struggles of working-class renters threatened by gentrification; and they are struggles to have a neighborhood public space remain in the control of neighborhood residents, rather than a remote municipal bureaucracy.  Their “immigrant-ness” is important in the specifics of the individual cases, but to focus on the immigrant-ness would be miss how much these stories mirror so many others in American cities – both past and present.

When we foreground the immigrant identities in struggles in urban communities we make several mistakes. First, we make the differences between the native-born and immigrants the story and thereby ascribe some fundamental or ontological status to the differences between immigrants and the native-born. This strikes us as particularly problematic given the contemporary politics around immigration in the United States (and many other countries). Second, because of that ascribed fundamental difference, we obscure the fact that so many of these stories are stories with (often close) siblings in the larger arc of American urbanization processes. Who is served by obscuring them or cloaking immigrants in a language of “difference”? Third, talking about immigrants with a language of difference reduces immigrant identities to having just one identity: that of immigrants. But immigrant identities are, as all identities are, only part of their identities. When we focus on the immigrant identity of people who happen to be immigrants, we can thereby deny the importance of all of the non-immigrant parts of their identities. In short, we fall prey to what Amartya Sen has called the reductionism of “the assumption of singular affiliation”

Finally, planners and policymakers should not go into any issue or problem with a clear, preexisting definition of the constitution of the public for the issue/problem in question (in either theory or practice). As John Dewey reminded us many years ago, the public emerges from the issue or problem in question, and the constitution of “the public” is a central part of what democratic problem-solving means.  If the public in question is engaging in very typical fights over space in capitalist cities, then why should outside observers/planners/academics define that public through other lenses, and/or focus on other issues; no matter what percent of the population is born outside of the United States?